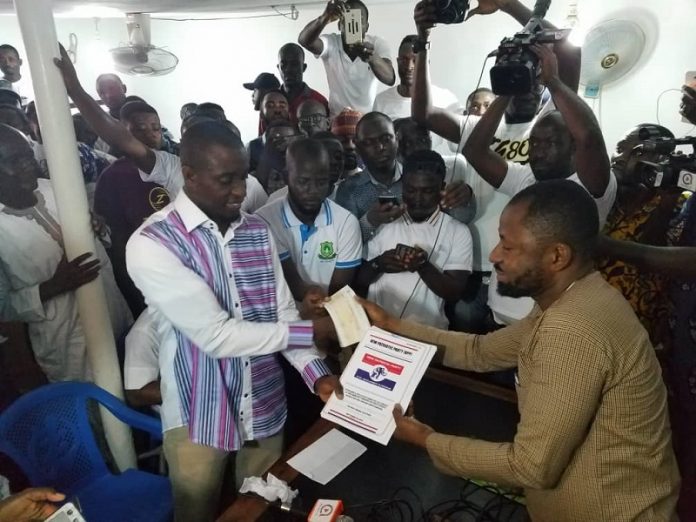 Followers of sacked Presidential Staffer, Manaf Ibrahim have indicated their resolve to stand by him in the NPP internal polls despite his dismissal from the Vice President, Dr. Mahamudu Bawumia’s office.

Manaf Ibrahim has been removed as Director of Political Affairs at the Vice President’s Secretariat.

The letter cautioned that he’s still under the obligation of confidentiality that he signed during his employment.

” Please arrange for the return of all official equipment, property, and documents A your possession.”the dismissal letter said.

But according to his campaign team, no such communique has been made available to Manaf urging supporters to remain calm.

Abdul Mashuud Murtala, a member of the Campaign Team told Accra-based Citi Fm the development won’t deter their aspirant from fighting hard to annex the seat for the NPP.

“As I speak with you now we haven’t received any official communique from that office. My Boss didn’t receive any such letter. And even if that is the case,I can assure our supporters, the delegates and the NPP party supporters and the well wishers that Hon. Manaf Ibrahim is coming to contest  and Insha Allah he’ll win the seat for New Patriotic Party(NPP).”

Manaf’s woes were deepened after the Kumasi High Court  placed an injunction on the planned parliamentary primaries of the governing New Patriotic Party (NPP) in the Asawase constituency.

Manaf Ibrahim, an aspirant who complained of unfairness in the lead up to the ruling NPP’s polls had prayed the court to injunct the process.