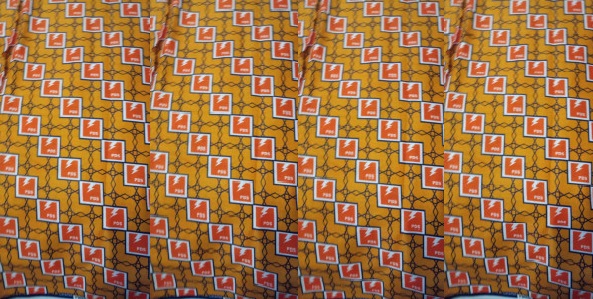 Several workers of the Electricity Company of Ghana(ECG) who were offloaded to the Power Distribution Services(PDS) say they are hugely disappointed that the new company cloth which they’ve sewn has gone to waste following the cancellation of the concession agreement between the government of Ghana and the PDS.

Management of PDS had introduced a new corporate cloth(African wax prints) to replace the ECG one, following the signing of the concession agreement.

The 6,400 Staff across the country had been directed by PDS management to wear the new cloth for the first time today (Friday, October 25, 2019). But this could not materialize as the government on October 21, 2019, officially announced the cancellation of the contract with PDS.

There was also additional corporate T-shirts, to be distributed to staff to be worn on Fridays, other than the last Friday of the month.

Female staff were directed to purchase six (6) yards of both designs while their male colleagues are entitled to three (3) per each design. It cost female staff GHc100.00 per each and GHc50.00 per each for male staff. Staff were told to submit sewing cost to Head Office for reimbursement in accordance with the above rates.

Some staff who spoke to Kasapafmonline.com on condition of anonymity expressed their disappointment that they could not wear the new cloth even for just a day.

“It’s a pity this cloth is going to remain in my suitcase because I don’t know where I’m going to wear it to, I’m so disappointed. After all the pressure that was piled on us the staff by our management to have this cloth sewn, it’s so unfortunate that it couldn’t be even outdoored.” a staff said.

Another staff added: “I may have to convert my sewn slit into a cover cloth and use it to cover myself to sleep because practically the corporate cloth is of no use now. Even if I had won it for once and we were not going to use it anymore I wouldn’t have been much disappointed.”

The government of Ghana on Monday officially announced the termination its concession agreement with the Power Distribution Services (PDS) bringing back the Electricity Company of Ghana (ECG) in full control.

The decision was taken after the government detected “fundamental and material breaches of PDS’s obligation in the provision of Payment Securities (Demand Guarantees) for the transaction which has been discovered upon further due diligence.”

Some Ministries are complete waste – Muntaka

Don’t issue cheques in the name of PDS anymore – ECG