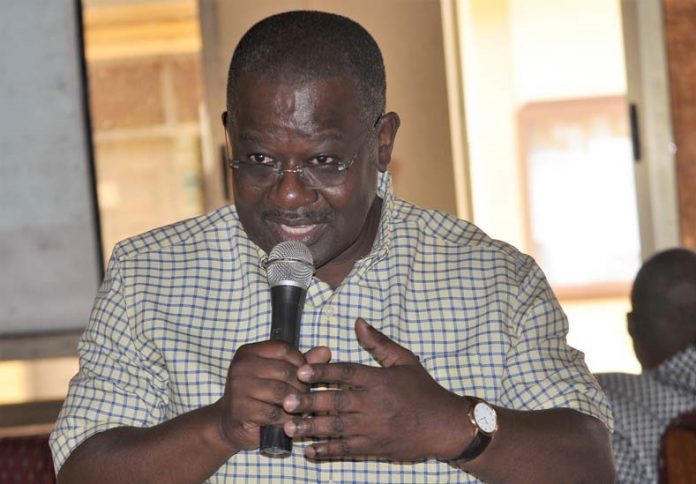 Former Vice-Chairman of the Public Interest and Accountability Committee(PIAC) Kwame Jantuah has challenged the opposition National Democratic Congress(NDC) to provide evidence to back its claim that President Akufo Addo has interest in the botched PDS deal.

The NDC alleged that the President and his cabal of family and friends sought to appropriate the 51% local shareholding in the ECG concession for themselves.

Speaking to Starr News, Mr. Jantuah cautioned against the over politicization of the issue.

“Up to the point where the deal has been terminated, it takes guts to do what the President has done. Now, we are hearing stories from the opposition with regards that he had a personal interest, show the evidence. It doesn’t help just coming to throw stories out, let’s see the evidence and if the evidence is clear that yes, there was personal interest then we take it on. What they are doing doesn’t help anybody, for me, I don’t want to play politics into this because ECG is a national asset that affects every Ghanaian even a new-born child today so we cannot decide to play politics with this issue. What we can decide to do is sit down and get the fact, sit down to see who’s liable and see how we can go forward.”

PDS took over ECG on March 1 after its major shareholder Meralco Consortium from the Philippines won the Millennium Challenge Power Compact Two from the U.S.A.

However a little over four months after the takeover, the government suspended the contract after the “detection of fundamental and material breaches of PDS’ obligation in the provision of Payment Securities (Demand Guarantees) for the transaction which has been discovered upon further due diligence.”

The PDS deal: Who is involved