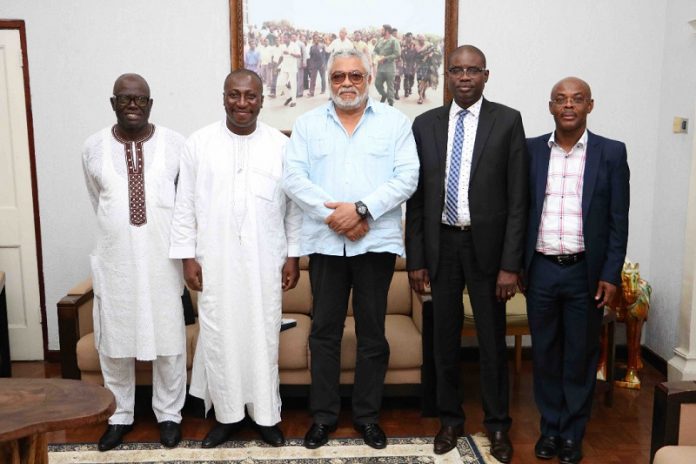 Ex-President Jerry John Rawlings has backed down on his call for the interdiction of the Board Chairman of the Ghana Water Company, Alexander Afenyo-Markin.

Mr Rawlings in a keynote address delivered at a conference of NDC Cadres and activists of the Revolution in Kumasi over the weekend bemoaned the fact that some NPP appointees are still in office when corrupt allegations have been leveled against them.

He mentioned the Board Chairman of the Ghana Water Company Alexander Afenyo-Markin who was still in office at a time when serious allegations had been made against him over-inflation of contractual figures and called for his interdiction pending the outcome of thorough investigations by the relevant investigative institutions. 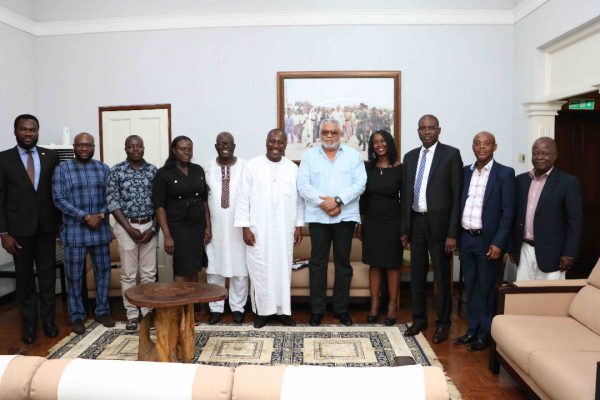 But during a visit to the former President by Hon. Afenyo-Markin, accompanied by the Managing Director of the Ghana Water Company, Clifford Braimah, he [Afenyo-Markin] who’s also the Member of Parliament for Effutu informed the ex-President that while there was a petition before the Special Prosecutor, the tenure of the matter in question occurred in 2016 under the previous Board of the company.

Former President Rawlings in response said he had heard and understands where the Board
Chairman was coming from and urged the company to take advantage of the
the opportunity of the meeting to clarify publicly, details of the said matter under
investigation.

He further urged them to mention the specific timelines to sanitize the records, pending
the outcome of investigations by the Special Prosecutor.

Coronavirus: Breaking protocols may be our last mistake – Rawlings warns