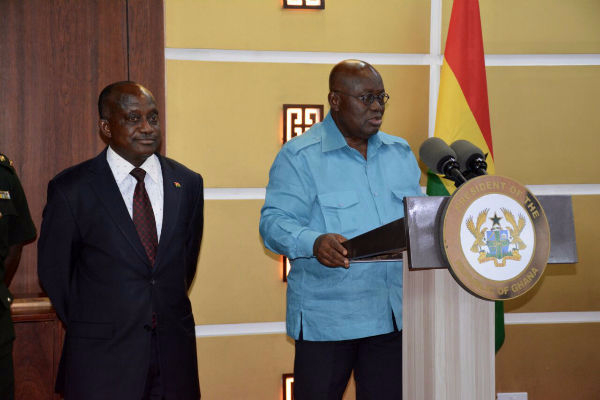 According to the group, the Minister who’s known to have very poor human relations is woefully incompetent when it comes to lobbying for projects to ensure the development of the Ashanti Region which is the ruling New Patriotic Party(NPP) stronghold.

“If this Regional Minister leads the NPP in this region to the impending 2020 elections the party will find it tough winning the elections though they have their biggest chunk of votes coming from this region because development is very slow. The Regional Minister is very unaccommodating and doesn’t know how to speak politely to others. This same person does have the skill to lobby for projects for this region. He doesn’t also know how to engage with stakeholders in this region. When the youth of Kumasi agitated over the poor state of development in this area the Minister said he does not recognize us and described some of us as aliens to this region. Hon. Simon Osei Mensah is known to be very insulting. His behavior and how his disrespect for people will not auger well for the NPP come 2020 elections. The sooner the party acts the better,”  Tweneboah Koduah the President of KuYa told host Kwaku Owusu Adjei on Anopa Kasapa on Kasapa 102.5FM Thursday.

Meanwhile, residents of Kumasi are fuming with anger as contractors who were seen on sites working to fix broken roads have left the locations immediately after President Akufo-Addo’s earlier visit.

According to Ultimate FM’s Isaac Bediako Justice, the residents said they suddenly saw contractors back to the abandon roads few days before the president touched base.

“It will interest you to know that hours after the president left the area, the contractors have packed their equipment away from the various sites. And that is making the residents angry. Days before the President’s visit, we saw all of them coming out to work but as soon as the President left town they were seen packing out. And so people are mocking the president here,” Bediako reported.