The Police administration has warned its officers to adhere to the ethics of the profession in the wake of reports that some officers on highway patrol duties intentionally plant narcotic substances in vehicles of civilians to implicate them and cause their arrest.

A memo from the police headquarters to the various commands sighted by Kasapafmonline.com said the reports are embarrassing and should be stopped immediately. 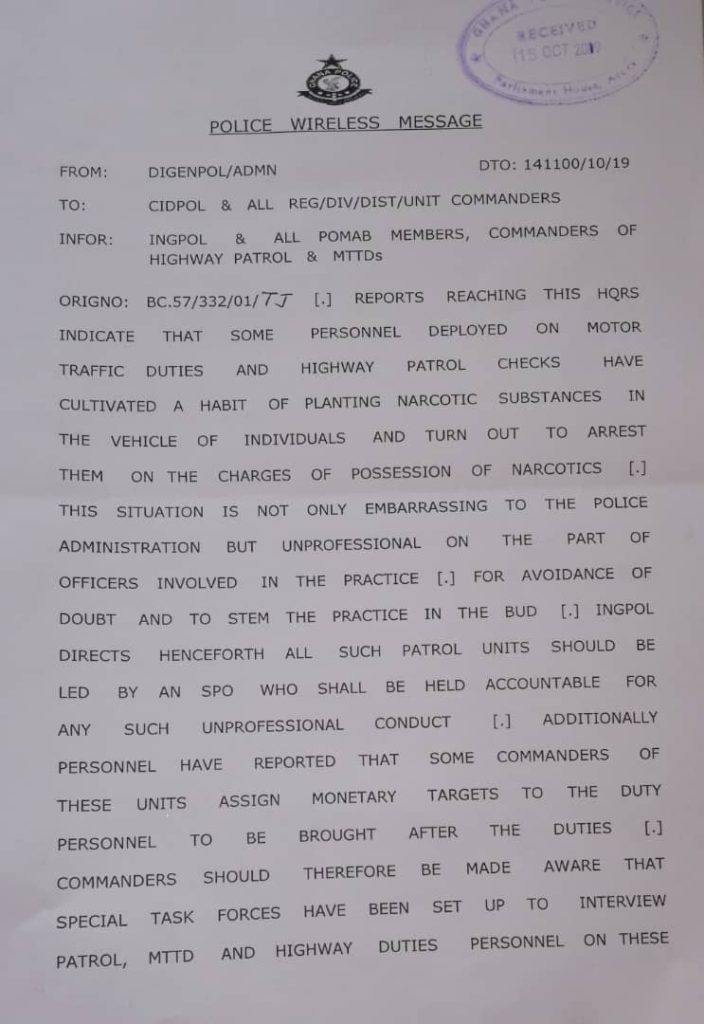 A few days ago the IGP directed that senior police officers should henceforth lead in the conduct of road operations.

A statement signed by the Director of Public Affairs of the Police service, ACP David Eklu, said the Police will also announce a number to receive public complaints, videos, and messages of unprofessional police behavior.

The action is intended to curb misconduct on the part of police officers as many drivers have had cause to complain about the unprofessional manner in which some officers conduct their duties.