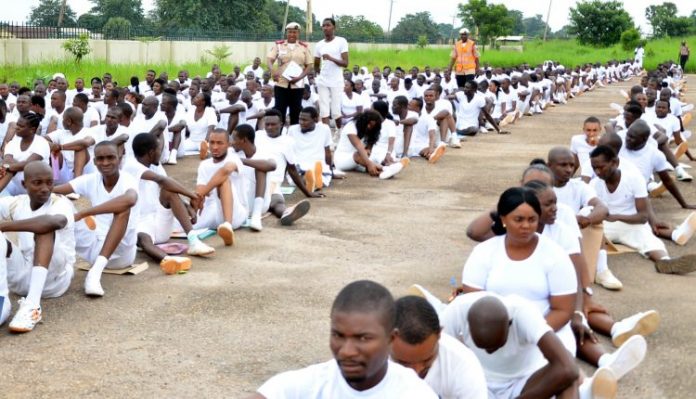 The National Democratic Congress (NDC) Members of Parliament (MPs) has served notice to government, informing it to immediately annul the secret recruitment of personnel into the security agencies, notably, the Police Service, Prisons and the Ghana Immigration Service.

They also want the government to institute measures to root out cronyism and nepotism with respect to recruitment into the security agencies.

In the view of the NDC MPs, the government led by President Nana Addo Dankwa Akufo-Addo is secretly recruiting followers of the New Patriotic Party (NPP) into the security agencies, an act they considered, is contrary to the elephant family’s avowed commitment to transparency in the recruitment process.

For instance, the group alleged that government in 2018 announced that financial clearance had been given for the recruitment of 4000 personnel into the Ghana Police Service.

Accordingly, the Service advertised for the recruitment of 2000 in the first instance, whereupon, prospective recruits applied through the e-recruitment modal.

The applicants, according to the NDC group, went through all the necessary procedures including meeting the academic requirement of having a minimum of six credits; Maths and English inclusive; taking part in a competitive exam and going through a thorough medical examination.

Thereafter, the Police Administration compiled a list of qualified applicants in readiness for publication and the issuance of invitation letters for the commencement of training.

However, such an exercise, the group further alleged, took a nosedive when the government suddenly ordered the former Inspector-General of Police, Mr. Asante Apeatu to suspend the recruitment exercise until further notice.

Addressing journalists at a press conference in Parliament, Accra, on Wednesday, October 30, 2019, the Ranking Member, Defence and Interior Committee of Parliament and MP for Builsa North, James Agalga said “Subsequently, a new list other than the list originally prepared by the Police Administration was compiled and submitted by the government of President Akufo-Addo to the Police Administration for the issuance of invitation letters for training. The crux of the above narrative is that the recruitment exercise undertaken by the Police Administration in 2018 following the grant of financial clearance by the Finance Ministry was truncated at the tail end and taken over directly by the NPP government contrary to its own commitment to stamp out fraud and cronyism from the recruitment of personnel into the security agencies”.

According to the NDC MPs, the action of the government has dire consequences on the country since only those connected to the NPP government in one way or the other were selected and trained.

“In 2019, there has been no advertisement whatsoever for recruitment into the Police Service. Consequently, no applications have been received or processed in the e-recruitment portal of the Police Service which can be accessed online. And yet, certain individuals have been invited and are being taken through medical screening for purposes of getting them recruited”, Mr. Agalga recounted.

They story is not different from happenings in the Prison and Ghana Immigration Service.

In the case of the Ghana Immigration Service, the NDC MPs noted that they have secretly invited mainly cronies of the NPP and taken them through screening and medical examination at the Immigration Training School for recruitment.

The Ghana Immigration Service, it noted, is hoping to secretly recruit 700 junior officers and 150 senior officers.

The Prisons Service, according to the group, has also, sometime last week, invited persons in suspicious circumstances for medical screening for purposes of recruitment.

“The government in 2012 introduced the e-recruitment policy in order to bring to the barest minimum the level of human involvement in recruitment processes as a way of curbing fraud and promoting transparency. Notwithstanding the success chalked by the erstwhile NDC government in this regard, the NPP in opposition in 2016 made recruitment an issue in its manifesto that they will review and restructure recruitment into our Police Service to stamp out the fraud and cronyism that have been introduced into this process by the Mahama led NDC government. Quite evidently, the conduct of President Akufo-Addo’s government into the security agencies sharply contradicts his own manifesto pledge. The minority hereby demands the immediate cancellation of the secret recruitment exercise embarked upon by the Police, Prisons and Immigration Services in 2019”, Mr. Agalga noted