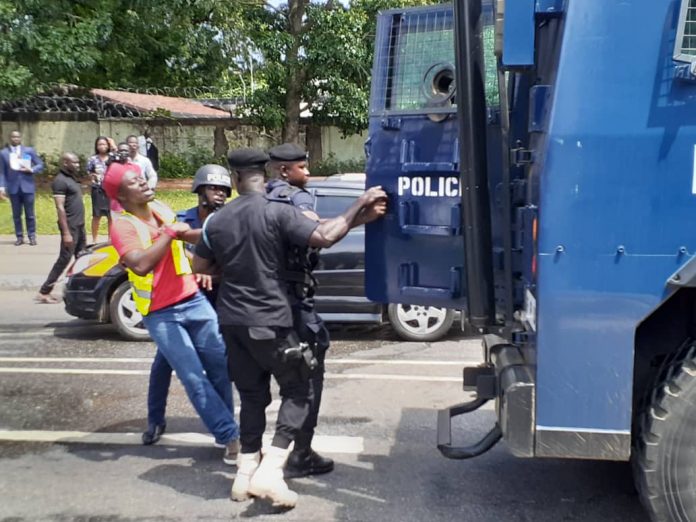 Security analysts, Adam Bonaa has urged the citizenry to take legal action against Police officers who brutalize them.

The call comes on the back of the Police Adminsitration justifying the use of water canons and rubber bullets against protesting law students.

The action of the Police has been severely criticized by a large section of the public including former President Jerry John Rawlings.

Speaking on ‘Alert with Adam Bonaa’ on Starr FM, Adam Bonaa was confident that legal suits will stop the police from abusing civilians.

“…When you say no matter what we do it will not go anywhere I disagree respectfully. They are beating student lawyers so you should have hired a lawyer to sue them. I think that is what we should do once we begin to sue them it is one way of ensuring that there’s proper checks and balances or else if we all say we should leave it to God whenever we’re brutalized by the police they’ll brutalize all of us.”