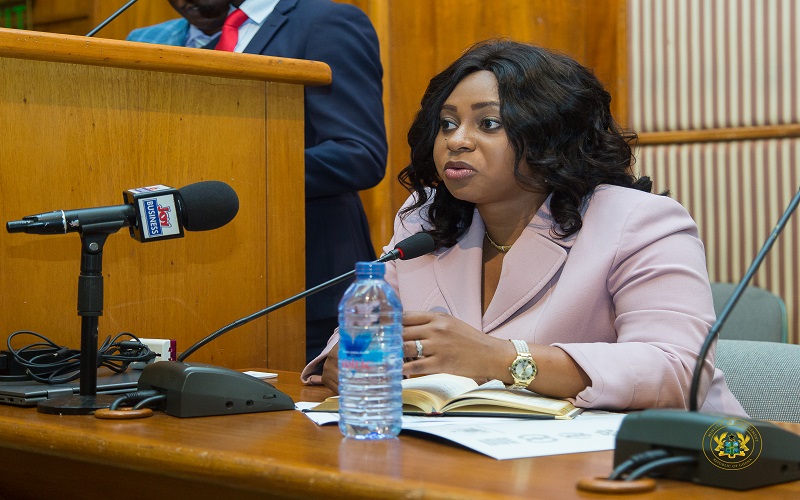 Chairperson of the Women Caucus in Ghana’s Parliament, Sarah Adwoa Safo has re-echoed the need for a legislation on Anti-Sexual Harassment in the country.

According to her, the BBC Africa Eye’s “Sex for Grades” exposé should trigger a national conversation that seeks to push for a policy change on sexual harassment in Ghana.

The Deputy Majority Leader made this known in an interview with Journalists after a mentorship section with young women on the occasion of the International Day of the Girl Child on Friday.

“As a caucus chair I strongly believe that as a country we should look at sexual harassment again. And let’s not restrict ourselves to what has happened in this country on the expose that’s come out in our tertiary institutions. It doesn’t only happen there. So how do we as a country tackle the issue of sexual harassment? And I think that regulating it and legislating will be the way forward as a country.”

The Public Affairs Director of the University, Stella Amoah told Kasapa 102.5 Fm that the matter has to go through due process to establish a case of sexual harassment against the two.

“We know that this is urgent and so they’ll start work almost right away. I do not know how long this will last but it’s our hope and I think also the hope of the public that this would be handled or undertaken expeditiously…”

One of the school’s statutory committee which is the Business and Executive Committee referred the matter to the Anti-Sexual Harassment Committee for further investigations to be carried out after his interdiction on Tuesday.

My Interdiction is fair

Prof. Gyampo says his interdiction by the University of Ghana over the BBC’s sex for grades investigative piece is fair.

According to the political science lecturer, he respects the decision of the university and will submit to the investigation by the university into the content of the video which has gone viral.

“…I’ve no qualms with the decision that has been taken, if someone is going to investigate you and says step aside I think it makes sense. You cannot be around while investigations are going on and so I accept it and I’ll submit myself to the processes,” he told Kasapa News.