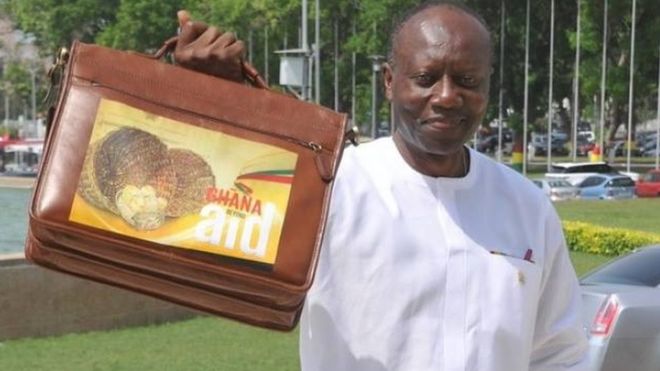 The budget shall be read to Ghanaians by the Minister of Finance, Ken Ofori-Atta on behalf of the President, Nana Addo Dankwa Akufo-Addo.

This is in accordance with Article 179 of the 1992 Constitution.

Ahead of the Budget presentation, the Minority in Parliament has cautioned the Finance Minister, Ken Ofori Atta to desist from misleading Ghanaians with its massaged economic figures as he presents the 2020 budget today.

Already, government has contracted some 600 million dollar syndicated loan facility from the African Development Bank(AfDB, and Credit Suisse Group AG, to be invested in the cocoa sector to stimulate cocoa production.

Meanwhile, the Finance Committee of Parliament has said that it does not expect the introduction of new taxes in the yet-to-be-read budget.

The Chairman of the Committee, Dr. Mark Assibey-Yeboah said the introduction of a new tax may burden the Ghanaian populace.

The New Juaben South MP, said, “I don’t think new taxes will be introduced. This is a listening government and I don’t think that any new taxes have been programmed in the budget.

The IMF has recommended avoiding spending and financing operations outside the 2020 budget billed to be presented to parliament today, November 13, 2019 to enhance budget credibility and transparency.

The IMF has said Ghana’s macroeconomic outlook remains favorable, supported by strong activity in the extractive industry and a safer banking system.

Bank of Ghana’s international reserves are projected to record a build-up in 2019, supported mainly by an improving trade balance and external borrowing.

“The primary risk to the outlook remains policy relaxation in the run-up to the 2020 elections,” the (IMF) team, led by Carlo Sdralevich, that visited Accra September 30-October 11, 2019 to conclude its 2019 Article IV Consultation Mission to Ghana said in a statement.

EIU predicts government will overspend its budget in 2020

The Economist Intelligence Unit (EIU) has predicted that the government will struggle to lower its expenditure in the run-up to the 2020 general elections.

Despite government passing the Fiscal Responsibility Act last year aiming to limit future budget deficits to a maximum of 5% of GDP, the London-based business advisory firm expects the government to record a 5.5 percent budget deficit next year.