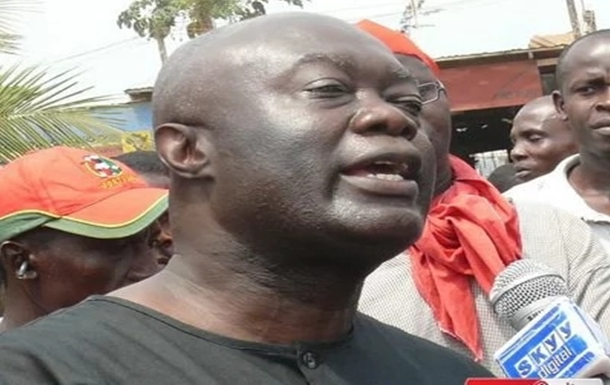 The Managing Director of GIHOC Distilleries, Mr Maxwell Kofi Jumah says he will be very active on campaign grounds ahead of the 2020 elections to help secure Akufo-Addo’s second-term bid.

The former Member of Parliament for Asokwa Constituency in the Ashanti Region, and one-time former KMA Boss said Nana Addo is on course to win the 2020 election and he’s willing to lend his support to that expectation on account of his sterling performance for the past three years.

“I want to make sure that Nana Akufo-Addo stays. And I don’t want anything back in return. I don’t want him to say Oh, Kofi campaigned for me, and so I’m going to make him,…I don’t want it Nana;I just want you to continue on the path that you’re going” he said on Starr Chat with Bola Ray.

For him, he’s no more interested in standing for any elections in the country.

The last time the firebrand NPP politician contested for elections was the two-horse race parliamentary primaries held Saturday, June 13, 2015 between the sitting MP, Patricia Appiagyei and Mr Kofi Jumah, which ended up in a confusion.

Maxwell Kofi Jumah, one of the best-performing CEOs, of state institution GIHOC Distilleries was acknowledged recently by the State Interest and Governance Authority (SIGA) for the remarkable transformation the company has witnessed under his administration and management.

GIHOC won the Best Manufacturing Company in 2019 at the Ghana Manufacturing Awards ceremony.  In 2018, Kofi Jumah popularly known as Kofi Ghana was adjudged as the Most Respected CEO.

I currently don’t have a relationship with Prez. Akufo-Addo – Boakye Agyarko