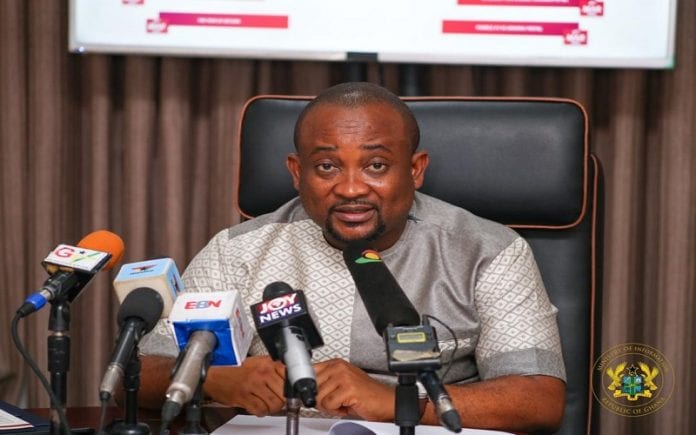 The Deputy Minister of Information Pius Enam Hadzide has stated that the Afrobarometer on Citizens’ perceptions of the country’s economic conditions is positive feedback to the Government and shall inform Government’s plans and programs going forward.

The Deputy Minister who was reacting to the report on TV3 on Thursday indicated that more than half of the population (54%) are optimistic that things will be much better next year.

He said that was a vote of confidence in the management of the economy.

“Ghanaians admit that the NPP inherited a very challenged economy with all prospects and indicators on a nosedive. They, however, see deliberate and sustained action to fix the challenges and build a solid foundation for a massive take-off, that explains the People’s confidence in this administration and their optimism” Mr Hadzide stated.

Hon. Pius Enam Hadzide insisted that it was commendable that the majority of Ghanaians say that the economic condition of Ghana is much better now as compared to the past.

“We are making steady progress under this administration. In 2014 under Mahama’s NDC, only 15% of the respondents thought that the economy was headed in the right direction with a whopping 85% thinking that the country was headed in the wrong direction.” Today, the graph shows the two indicators all moving towards the median” He stated.

Like any new administration, the NPP took some time to fully set up and get its feet on the ground. The second and third years essentially were used to reverse the decline and build the solid foundation upon which we expect to fly from next year going forward the Deputy Minister argued.

“The micro achievements have already begun reflecting in the lives of ordinary Ghanaians. The full manifestations would soon be seen” he added.

V/R: I can’t engage in a public spat with any Chief – Pious Hadzide