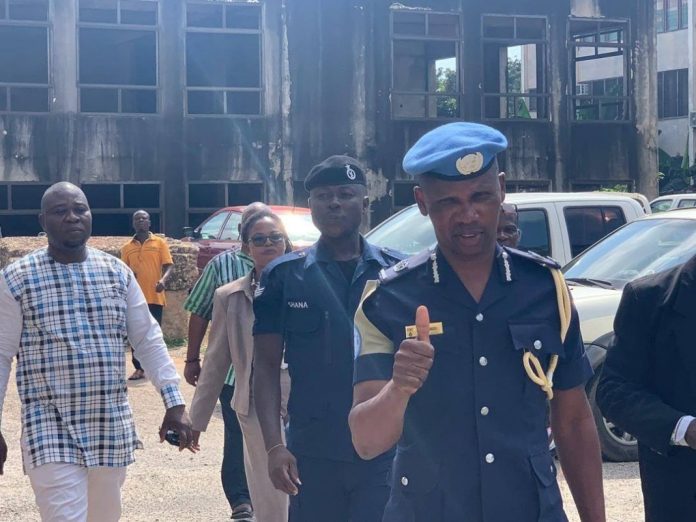 Per Police regulations, an officer is not allowed to wear his or her uniform when facing charges in court.

Starr News sources say the decision to interdict the senior officer was taken by the police hierarchy after his first court appearance where he wore the uniform with a UN cup.

Meanwhile, Counsel for the Senior Officer, Martin Kpebu, when contacted over the development said:” I have heard rumours of it but I have not been officially informed”.

The former Director of the Transformation Office of the Ghana Police Service, ACP Dr Benjamin Agordzor facing prosecution for an alleged plot to destabilize the state re-appears in court today, Friday, November 08, 2019.

The outspoken senior police officer who believes he is being victimized because of his love to freely express his thoughts publicly on national issues as a citizen was first arraigned on Wednesday and remanded into BNI custody again.

He has been charged with abetment for treason by the state after he was invited for questioning on Monday.