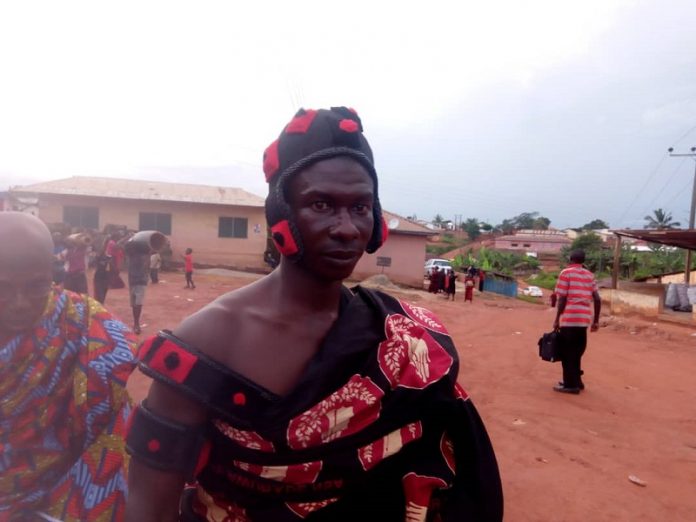 The Odikro of Ajumako Essaman in the Ajumako Enyan Essiam District of the Central Region Nana Amankwa Eduah XI has threatened to lead his people in Ajumako Essaman community to boycott the upcoming District Assembly’s election if their roads are not fixed.

According to the Chief, it seems his town has been abandoned as it lacks some basic developmental projects including tarred roads.

“Many governments have come and gone yet our roads are still untarred so I am warning the government and the District Chief Executive for the area Hon. Emmanuel Ransford Kwesi Nyarko to as much as possible to attend to us else I the Odikro will not hesitate to lead my people to boycott the upcoming District Assembly’s election.”

“If they regard us, villagers we will also teach them a lesson in the days ahead of us he added. None of the town roads has been graded since Former President Jerry John Rawlings era so I am warning the politicians especially the Akufo Addo government to come and fulfill his 2016 campaign promises else I will teach them a lesson.” Nana Amankwa Eduah XI he told Kasapa News Yaw Boagyan in an interview.