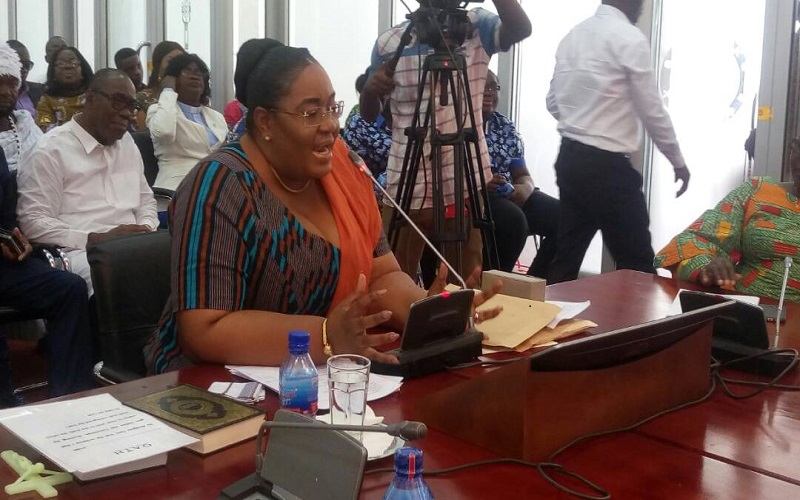 The Common Fund Administrator, Irene Naa Torshie Addo, and the Finance Minister, Ken Ofori-Atta are both expected to appear before parliament on Tuesday, November 12, 2019 over questions related to the disbursement of the District Assemblies Common Funds(DACF).

Minority in Parliament has threatened to block the approval of government’s 2020 budget over the delayed disbursement of the Fund.

The MPs have alleged that the government has since April this year refused to release the financial allocation to the district assemblies despite parliamentary approval.

They’d argued that the government’s refusal to disburse the funds is stifling development at the local level.

Member of Parliament for Ningo-Prampram during the discussions of the Business for next week, demanded that the Common Fund Administrator be summoned together with the Finance Minister to respond to the questions tabled by the Minority in relation to government’s failure to release cash to the Metropolitan, Municipal and District Assemblies (MMDAs).

Majority Leader Osei Kyei-Mensah-Bonsu however revealed that second-quarter arrears of the District Assemblies’ Common Fund (DACF) has just been paid in response to minority agitations over the matter.

“we are aware that the DACF is in arrears of the second quarter and that payment has been effected. There have been areas but as we speak today, payments have been effected.”

“For the third quarter, if it goes beyond December, then we can talk about arrears. Payment should be done within this period that is anytime from now till December,” he said.

apaak cannot appear before a suspect serving as a

i think is inappropriate by the

naa torshie and finance min to appear before parliament on tuesday

he’d support from other min members

I was supposed to be a one-term MP – Muntaka