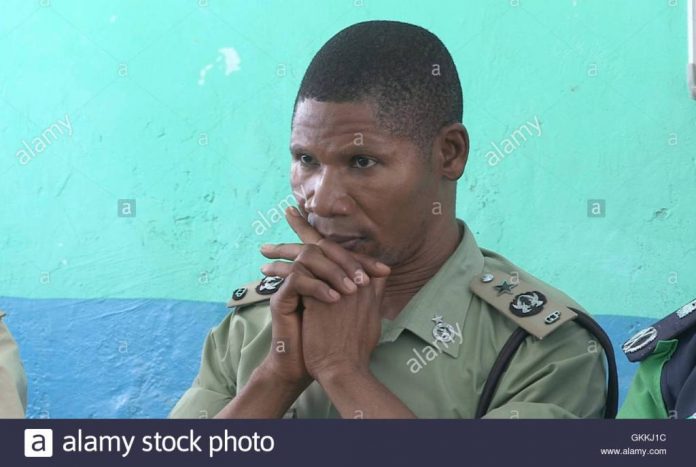 The suspect is being held at the ministries police station.

ACP Dr. Agordzor who has also been interdicted is facing a charge of Abetment to Commit Crime; namely, Treason Felony contrary to section 20(1) and 182 (b) of the Criminal and Other Offences Act 1960 (Act 29).

The former Director of the Transformation Office of the Ghana Police Service, through his lawyer told the court that he is being kept with strangers at the BNI cell and not comfortable with the situation.

His lawyer, Martin Kpebu argued in court that as the former Director, he ought to be treated well demanding that his client be remanded into Police custody instead of the BNI.

Lawyer Martin Kpebu disclosed that ACP Dr. Agordzor is not feeling well so would like to be close to the Police Hospital in order to have access to health care if need be. He suggested that the Nima Police Station is preferred by his client.

Police Prosecutors led by ASP Sylvester Asare said the State is not opposed to the demand for the rights and liberties of the suspect to be respected.

According to ASP Sylvester Asare, the State is however concerned about the selection of a specific police station by the suspect, adding that the security of the suspect is of concern to the State.

The court ruled that the suspect is remanded to police custody and be kept at the Ministries Police Station.

The court further ruled that Police cannot remove him from the Ministries Police station without the knowledge of the Court.

Full access will be accorded him as a senior officer of the Ghana Police Service and his family members will at all times be made aware of his location.

ACP Agordor’s charge of Abetment to Commit Crime, namely Treason Felony contrary to section 20(1) and 182 (b) of the Criminal and Other Offences Act 1960 (Act 29), were read to him.