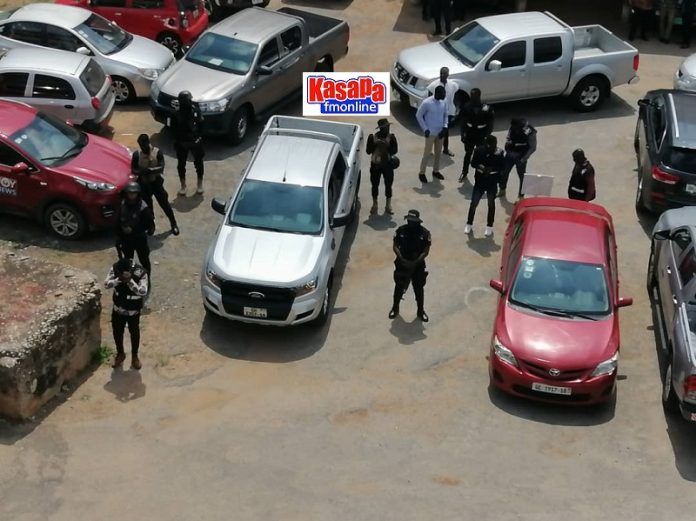 Security has been beefed up at the Kaneshie District Court Friday as a former Director of the Transformation Office of the Ghana Police Service, ACP Dr. Benjamin Agordzor who is under investigation for an alleged plot to destabilize the state reappears in court.

Several heavily armed police officers could be seen on court premises in a bid to maintain law and order and deal with any eventually that may occur. 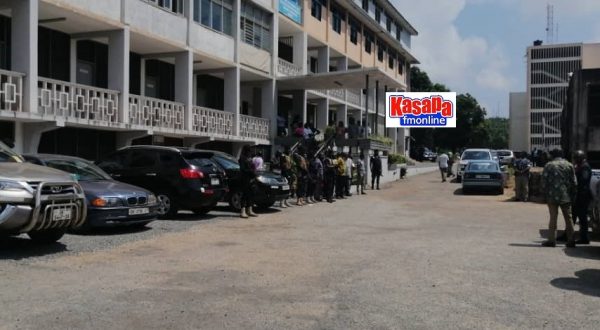 ACP Dr. Benjamin Agordzor was picked up on Monday, November 4, 2019 and has been denied bail by the BNI.

He has been charged with abetment for treason by the State after he was invited for questioning on Monday.

The outspoken senior police officer believes he is being victimized because of his love to freely express his thoughts publicly on national issues as a citizen.

Lawyers for ACP Agordzor, on his first appearance, raised preliminary objection in court contesting the jurisdiction of the Kaneshie District court to hear his alleged destabilization plot, a first-degree felony case.

The court deferred his bail hearing, while he remains in BNI custody until the next court hearing.

Already, senior military officer Colonel Samuel Kojo Gameli and a civilian employee of the Ghana Armed Forces Gershun Akpa, have been charged for their role in what the government describes as an “elaborate plot targeted at the Presidency.”