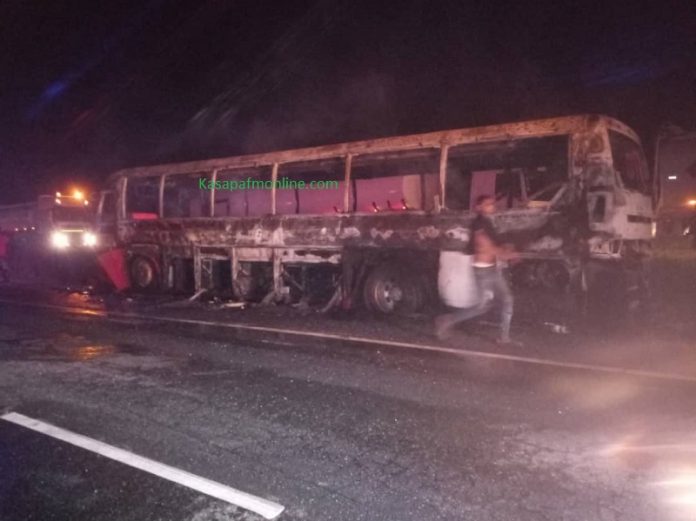 Dozens of Passengers had a lucky escape Monday night after their moving Bus caught fire at Beposo-Kyekyewere near Teacher Mante along Suhum to Nsawam stretch of the Accra to Kumasi Highways.

Although the passengers and the driver escaped unhurt before the bus was eventually consumed by the fire, they were terribly traumatized.

According to report, it took personnel of Ghana National Fire Service from Nsawam 25 minutes to douse the inferno but the bus was completely burnt beyond recognition.

The Deputy Public Relations Officer of the Eastern Regional Police Command, Sergeant Francis Gomado, told Kasapa News, Police and Fire Service Officials are jointly investigating the cause of the fire.

He, however, appealed to the traumatized driver and the passengers who fled the scene before Police arrival to return to assist the investigation.