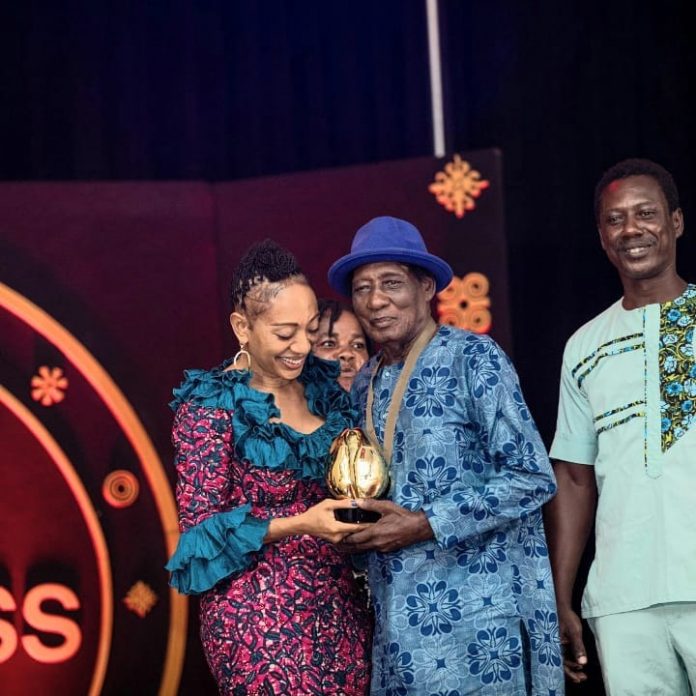 Ghanaian guitarist, composer, bandleader, producer and arranger focusing on highlife and afrobeat music, Ebo Taylor has been honoured as Music Legend of the year 2019. 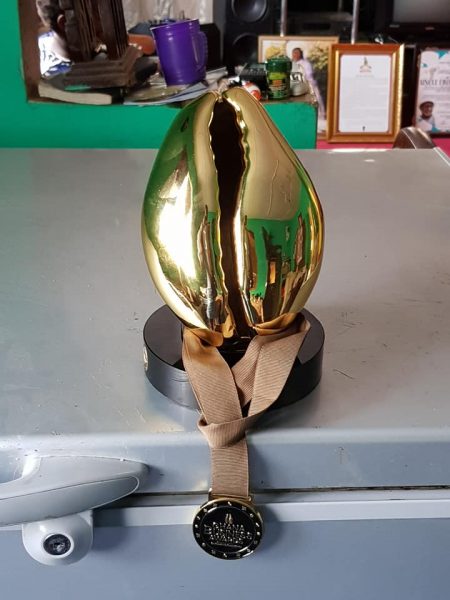 Ebo Taylor who has been a pivotal figure on the Ghanaian music scene for over six decades took to his social media platforms to thank the organizers.

“Big thanks to the organisers of the Ghana Business Awards for bestowing on me the Music Legend of the Year 2019 Award on Friday @ Kempiski, Accra.” Ebo Taylor posted on Facebook

The Ghana Business Awards is a prestigious awards programme that recognises and rewards excellence across all sectors in Ghana.

The awards provide a platform to recognise individuals and companies that play a significant role in the growth and development of their business sector.

Ebo Taylor has been a pivotal figure on the Ghanaian music scene for over six decades. In the late ’50s he was active in the influential highlife bands the Stargazers and the Broadway Dance Band. In 1962, Taylor took his group, the Black Star Highlife Band, to London. In London, Taylor collaborated with Nigerian afrobeat star Fela Kuti as well as other African musicians in Britain at the time.

Returning to Ghana, Taylor worked as a producer, crafting recordings for Pat Thomas, C.K. Mann, and others, as well as exploring solo projects, combining traditional Ghanaian material with afrobeat, jazz, and funk rhythms to create his own recognizable sound in the ’70s.

In 2008, Ebo Taylor met the Berlin-based musicians of the Afrobeat Academy band, including saxophonist Ben Abarbanel-Wolff, which led to the release of the album Love and Death with Strut Records (his first internationally distributed album). In 2009, Usher used a sample from Taylor’s song “Heaven” for “She Don’t Know.

The success of Love and Death prompted Strut to issue the retrospective Life Stories: Highlife & Afrobeat Classics 1973-1980, in the spring of 2011. A year later, in 2012, a third Strut album, Appia Kwa Bridge, was released. Appia Kwa Bridge showed that at 77 years old, Taylor remained creative, mixing traditional Fante songs and chants with children’s rhymes and personal stories into his own sharp vision of highlife.

Okyeame Kwame holds listening session for ‘Made In Ghana’ album