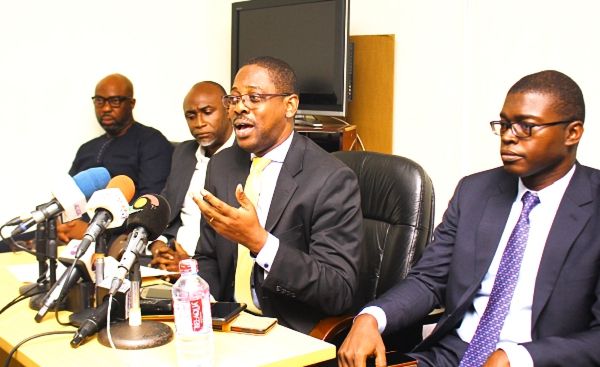 The Securities and Exchange Commission (SEC) has announced specific branches of CBG where customers of the 53 collapsed fund management firms could go for validation of their documents and subsequent claims.

A statement issued by the regulator advised customers to visit the designated CBG branches assigned to the affected FMCs from 8:30 am to 4:30 pm, Mondays to Fridays for repayment of investments made and any other enquiries relating to the revocation of their affected FMCs.

“The SEC wishes to inform the general public that effective Monday, 18th November 2019, the branches of Consolidated Bank of Ghana Limited (CBG) designated in Appendix ‘A’ will open to receive from clients of the affected FMCs, evidence of investment claims such as investment certificates, account statements, receipts and other relevant documentation for validation.

“Please note that the offices of the affected FMCs will remain closed until further notice.  We will issue further notice on commencement of payment to investors whose claims have been validated,” SEC said in a statement on its website.

Below are the branches announced by SEC 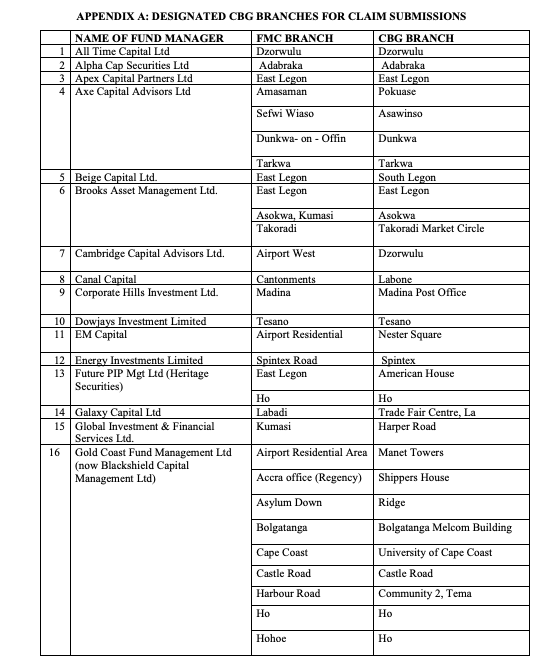 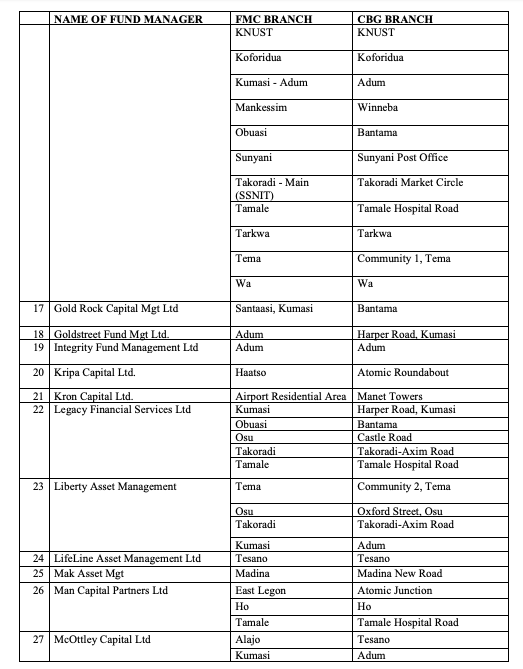 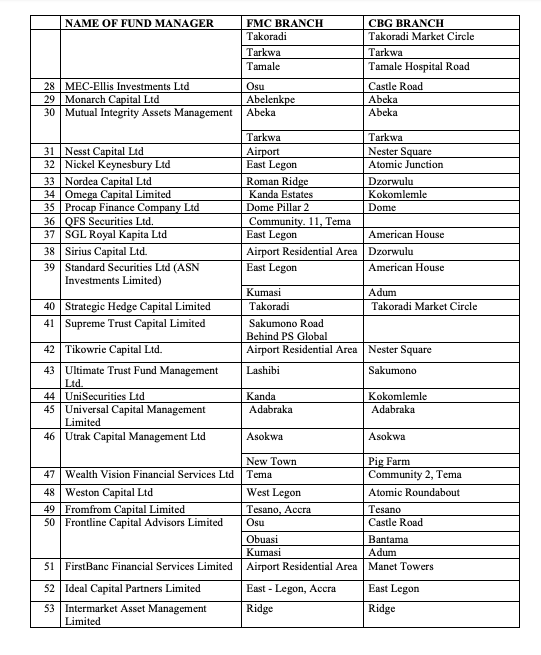