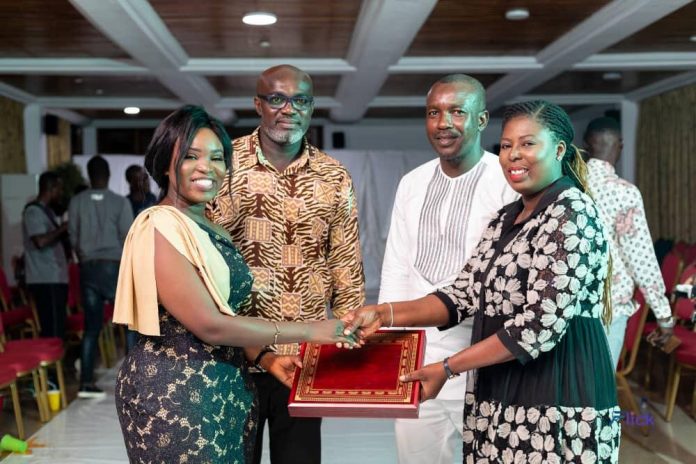 The ceremony who saw equally deserving colleagues awarded for excellent work in churning out quality news by way of information to the public was organized by the Regional Chapter of the Ghana Journalist Association to coincide the 70th Anniversary Celebration of the Journalism profession in the country.

It was held on the theme “Re-defining Corporate Social Responsibility-Moving from Handouts to Legacy Projects; the Role of the GateKeeper. 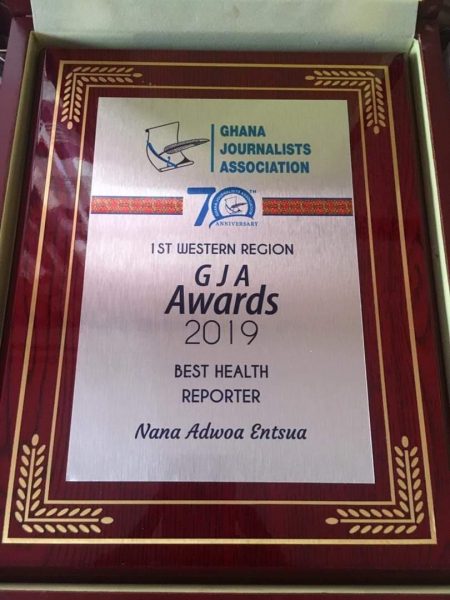 Nana Adjoa Entsuah annexed the competitive award as the Best Journalist in Health reporting with her Documentary on Breast Cancer tilted Empty Chest.

The Documentary was aired on Starr FM in October 2018 to climax the World Brest Cancer Awareness Month drew attention to the effect of late presentation at the hospital and its attendant complications.

The host of a health program Apomu tse Den on radio 360 a subsidiary of the EIB network in Takoradi is passionate about health and especially the high rate at which non-communicable diseases is taking lives of loved ones.

This she says inspired her other documentaries on health particularly on in fibroid, Pregnant But No Babies which aired on Joy FM’s hotline in 2016.