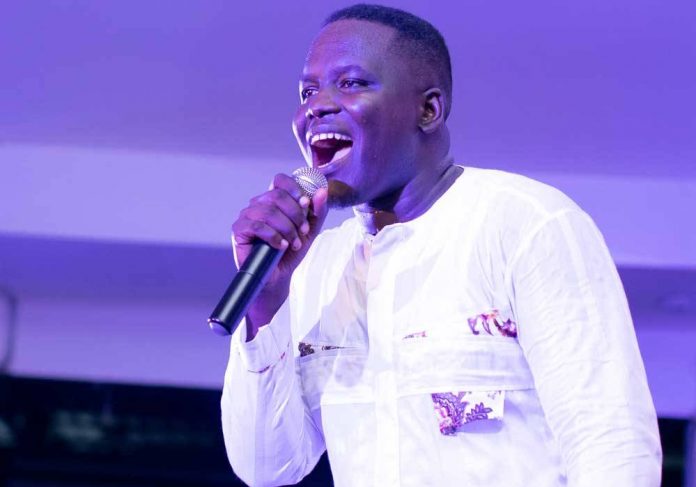 Fast-rising gospel artiste, Carl Clottey has shared a sad story about how he was treated by some church leaders who invited him to perform in their churches.

He revealed how he was dispirited after his outstanding performance at a renowned church in Accra.

Clottey said after his performance, he was served plantain chips and Pepsi as payment for his service to the church.

In an interview with Nii Noi, host of Christian Entertainment Review Show, the promising gospel artiste admitted that for many years in his music ministry, most church leaders and event organizers took advantage of him.

“I’ve been to a programme where the team and I were served Plantain chips and Pepsi. At least replace the plantain chips with meat pie.” Clottey revealed to Nii Noi

He recounted another unpleasant experience at an event where he was not served even water to drink after his energetic performance.

“It has never been easy in my music ministry because some people will invite you to perform and will not even give you water,” Carl Clottey sadly disclosed

Clottey indicated that for the reason of the unfair treatment meted out to him, he formed a management team to take care of his day to day activities.

“We actually formed a management team after my concert and what I’ve been through in the hands of event organizers to embark on other events and also for people not to take advantage of us,” he stated

Several gospel artistes suffer the same fate in the hands of most men of God because their talents are not valued by them.

Many church event organizers think gospel musicians should minister for free because their talents are gift from God.

But, music stakeholders have spoken against such unethical treatment done to gospel artistes.

According to them, gospel artistes invest so much in their crafts including booking for a studio to record their songs, conveying instrumentalist to every event they are invited to perform so are right if they charge for their performances.

Carl Clottey is currently promoting his new song titled ‘One and Only’.

Watch the interview below.