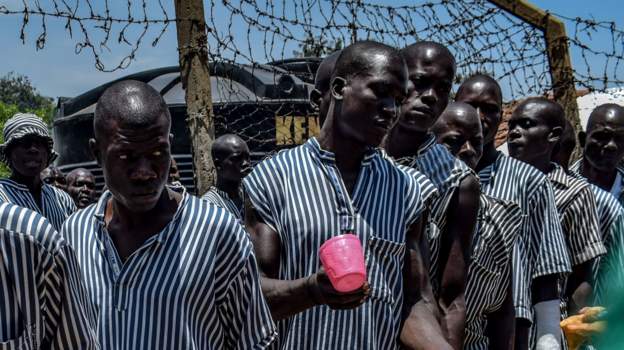 The High Court in Kenya has dismissed a petition seeking to increase prisoners’ wages.

Three ex-inmates filed the petition four years ago, arguing that current prison laws deprived them of basic human dignity and subjected them to slavery.

They make a lot of the furniture for government buildings, including for the parliament and courts. They also make vehicle registration number plates.

The former prisoners had told the court that inmates were not regularly provided with basic amenities like soap, toothpaste and toilet paper.

One petitioner, Aloys Onyango, said he had not been paid his wages after 16 years in prison and wanted the prison authorities to be compelled to do so.

But the judge dismissed the petition on the grounds that under current laws the prison payment scheme was at the discretion the commissioner of prisons and not an entitlement.

The petitioners have said they will appeal the judgement.