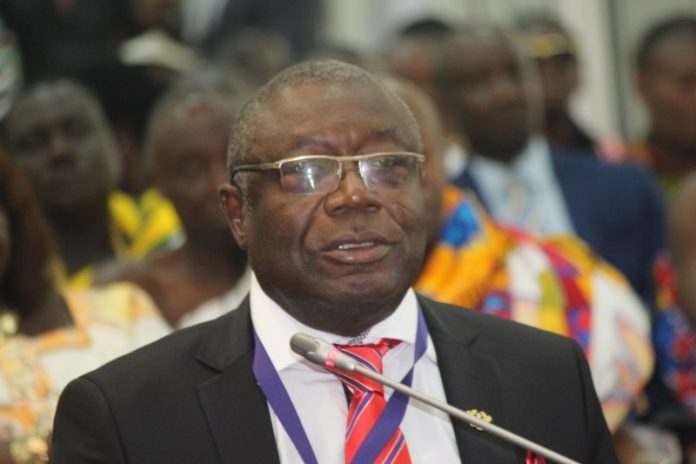 Minister of State at the Office of the President Dr. Kweku Afriyie has thrown his weight behind calls for the upcoming referendum to be postponed.

Editor-in-Chief of the New Crusading Guide Newspaper, Abdul Malik Kweku Baako has been leading the crusade for the vote on whether or political parties should be allowed to field candidates in local elections be deferred.

Mr Baako feels the prospects for December 17 referendum and the rationale and philosophy behind it appear to be in tatters.

“If I had my way I will say defer or abolish this referendum; let’s stop it because we are not building a national consensus behind this project like we did with the regional ones in spite of people’s reservations.”

The former Western Regional Minister believes there’s some wisdom in the campaign for the postponement hence his support.

“…So me I can understand those who are clamouring for postponement, I would have wished that we would have dared them and vote if the narrative was different and say we can show to Ghana that at least seventy-something percent of Ghanaians are in favour. I’m grappling with the idea that show the people that it is the majority view versus the fact that people might turn it and do mischief with it that we’ve lost whether it is 26% or not. From what they’ve done, NDC I cannot trust them to attempt to do that and Ghanaians might not understand the issue that is why I’m leaning towards the idea that we should postpone the referendum,” Dr. Afriyie told Joy News.