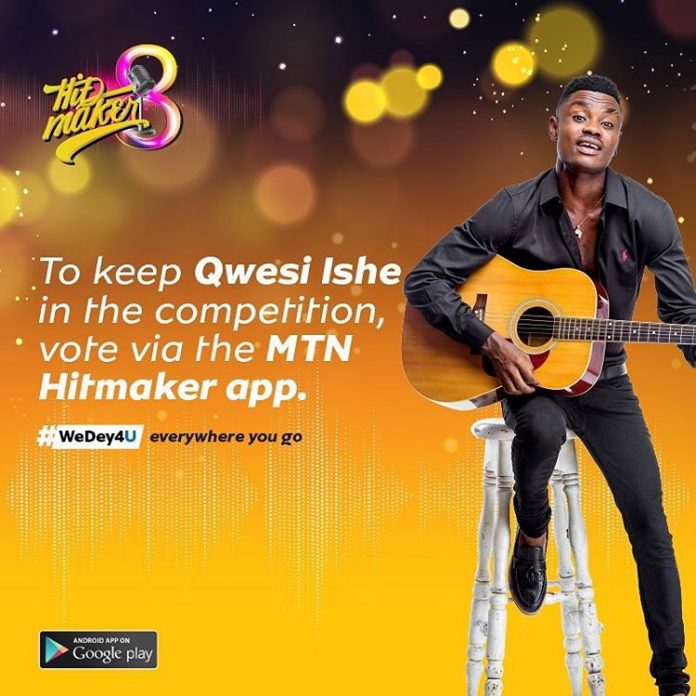 An emerging star in the ongoing MTN Hitmaker season 8, Qwesi Ishe took both judges and audience by storm when he performed Akwaboah’s “Mesan agye wo”.

The young lad from the look of things has won the heart of most Ghanaian artiste including Akwaboah and Prince Bright of Buk Bak fame with his exhilarating performance which got the crowd buzzing and reminiscing to the descant performance by the young man.

It appears the first time guest judge on the show, Mark Okraku has already found his favourite and yes, couldn’t hide his admiration for the young chap.

Over the past few weeks, Qwesi has lived up to expectations with his performances and has become a delight to watch.

With the bar raised, it is apparent the future looks promising for Qwesi Ishe yet it will take more of such jolting delivery to land Qwesi Ishe to the promised land and also win the bragging rights of being a hitmaker champion. Let’s keep the fingers crossed as the competition becomes highly competitive.

Meet Qwesi Ishe: A Unique Talent The World Must Lookout for!