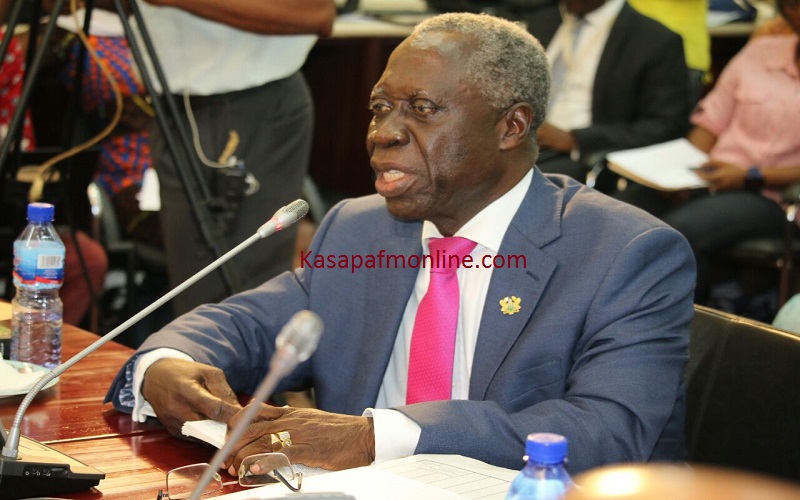 The Ministry of Tourism, Arts and Culture which has been established to ensure a vibrant creative economy has in the last 3 years created over 30,000 jobs.

This was as a result of the firm, stable policy environment created by the ministry for effective mainstreaming of Ghanaian culture into all aspects of national life.

The Senior Minister, Hon. Ing. Yaw Osafo-Maafo who gave the keynote address on behalf of His Excellency, Nana Addo Dankwa Akufo-Addo at the official opening of the National Festival of Arts and Culture – NAFAC on Saturday, November 9, 2019, disclosed the creatives arts although largely private sector-led has created over 30,000 jobs.

“The Tourism, Arts and Culture industry now serves as the fourth mainstay of the Ghanaian economy. Although it is largely private sector-led, it has been able to create over 30,000 jobs during the last 3 years,” the Senior Minister stated.

NAFAC 2019, the second in the Eastern Region after the 1982 edition of the festival brought together an elaborate and splendid display of rich culture from all the 16 regions of Ghana under the theme; “Empowering the Youth through Culture, Tourism and Creative Arts for Employment and Wealth Creation”.

The Senior Minister further stated that NAFAC 2019 is also premised on the concrete achievements worth celebrating among which the Ministry with the financial assistance from Japan has equipped its pilot Training Centers with training materials and equipment for over 3,000 youths in 6 disciplines drawn from the culture and creative arts.

These disciplines are namely woodwork, traditional pottery and ceramics and traditional textiles. The rests are fashion and design, leatherware, basketry, jewellery and beads making.

The youths who voluntarily offered themselves to be trained in these pilot training centres were implanted with skills that can provide them with a sustainable livelihood.

As contained in the 2016 NPP Manifesto that government would progressively pursue the construction of regional theatres, Hon. Yaw Osafo-Maafo reiterated that the government has made serious efforts to spearhead the completion of some of the outstanding cultural infrastructure and through that, the Regional Cultural Centers in the Eastern and Ashanti Regions are over 90% completed and furthermore, plans are underway to team up with private sector operators bring some of these outstanding cultural infrastructures to completion.

The week-long program has Regional Day Celebrations during which regional cultural peculiarities are brought to bear for all to see and appreciate. There would also be Traditional Beauty Pageants, Crafts Bazaars, Exhibitions ld Arts and Crafts, Choral Music, Women, Youth and Children’s Day programs and Colloquium to educate on the maintenance of peace, law and order as the elections approach and in addition, there would be Traditional Highlife and Drama Nights.

Film Classification Committee to be inaugurated on Thursday