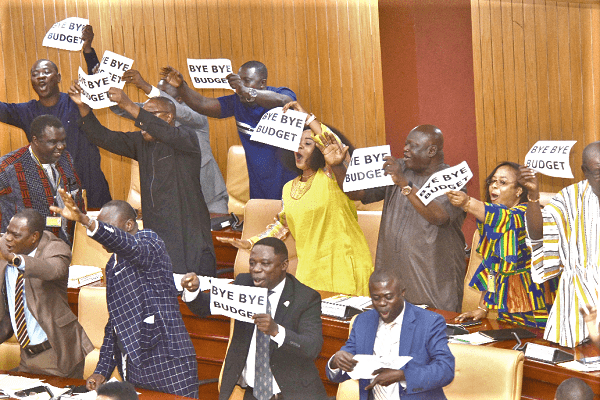 The National Democratic Congress (NDC) will today, Wednesday, November 20, 2019 hold a Public Forum on the 2020 Budget Statement and Financial Estimates.

The forum aims to share with the general public the party’s views and perspectives on the budget as presented by Finance Minister, Ken Ofori-Atta to Parliament last Wednesday.

“As a responsible Political Party and a government in waiting, we shall use this platform to constructively dissect and expose the several distortions contained in the Budget and justify why it must fast-track the exit of the deceptive, insensitive, corrupt, nepotistic and non-performing Akufo-Addo government”, statement signed by Sammy Gyamfi, National Communications Officer announced. 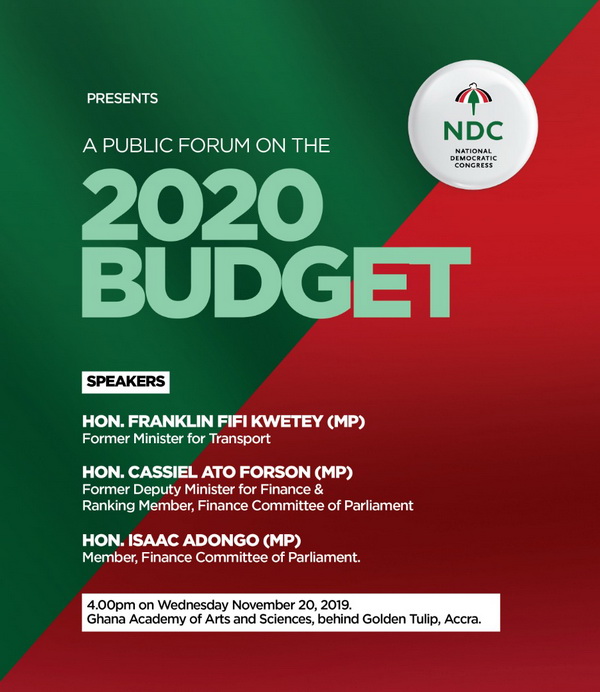 The event will take place at the Ghana Academy of Arts and Sciences at 4pm prompt.