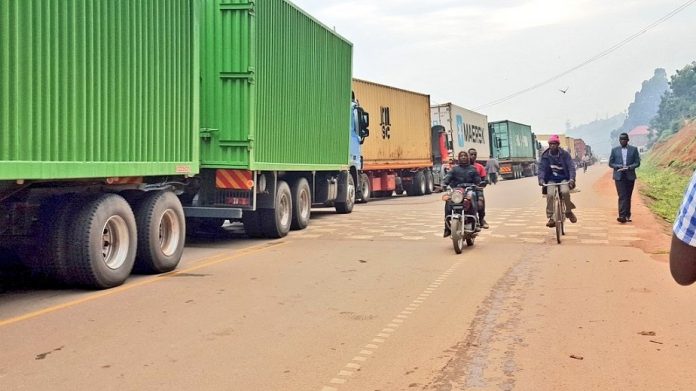 Africa’s most populous nation unexpectedly closed its land borders to all movements of goods, banning both imports and exports through land.

Speaking in an exclusive interview with Empire News’ Emmanuel Ohene-Gyan on the sidelines of a geostrategic event dubbed the MEDays International forum in Morocco’s city of Tangier, Mr Tijani revealed that Nigeria has agreed to open its borders after President Muhammadu Buhari meets his counter President Akufo-Addo of Ghana.

“Even though we have ECOWAS protocols, we must situate our national laws into that of ECOWAS, Nigerians decided to close its borders because they decided to protect their country, because they think they want to encourage local production of rice and others, and when we approached them they said Ghana is not their target but it is affecting us so after series of meetings they agreed to open the border with some conditions,” he stated.

The unexpected closure of the Nigerian border has received widespread condemnation from many people and has also had devastating effects on countries like Ghana.

The Deputy Foreign Affairs Minister, further stated that, ” I am privy to information that Customs officers will follow goods that are of Ghanaian origin into Nigeria and hand them over to their counterparts vice versa so that there will not be the possibility of repackaging of goods somewhere and I’m sure we will overcome it, I’m very optimistic”.

When asked by Ohene-Gyan when exactly the border will be open, Mr Tijani could not be specific with timelines except to say the borders will be open after the meetings between the two Presidents.

Other dignitaries who are attending the international forum includes Deputy Energy Minister Incharge Finance and Infrastructure and Member of Parliament for Effia in the Western Region, Joseph Cudjoe who set to speak at the forum tomorrow and the CEO of the Ghana Commodity Exchange.

The MEDays International forum consists of about thirty sessions with over 150 speakers such as siting and past Presidents, government officials, experts and the academia.

Allow Ghanaian traders cross over; You can shut borders afterwards – GUTA to Nigeria