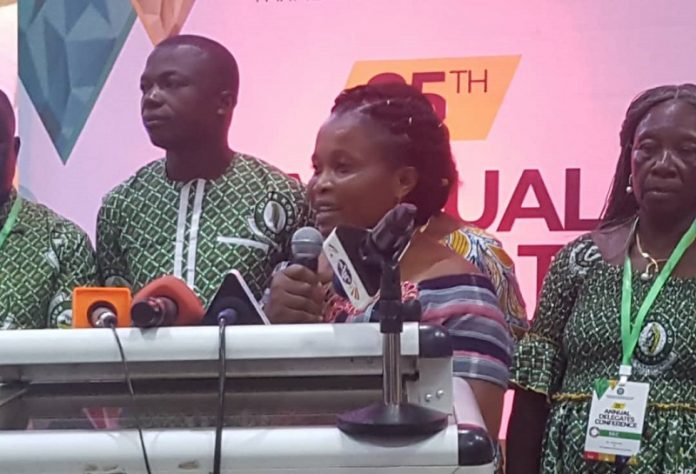 The Kuapa Kookoo Farmers Union (KKFU), has called on the Police Service to provide security protection for workers in the Cocoa industry such as farmers, managers and recorders to enable them to discharge their duties safely.

According to the President of Kuapa Kookoo Farmers Union, Madam Fatima Ali, the issue of armed robbers attacking workers in the cocoa industry is a great source of concern to them which requires an immediate solution.

“We all know what has recently happened to our Tepa District Manager Robert Agyekum who has been shot dead by unidentified assailants. This is not the first time he was attacked. Exactly a year ago around this time, he was attacked by armed robbers when he was sharing monies to cocoa farmers and they took away over GHC200,000 from him. He hadn’t even finished paying back the money that was stolen from him when he was attacked a second time and unfortunately was killed this time around. So we are begging the security agencies that they should not provide security only for the public sector and banks etc, we cocoa farmers and recorders are also at risk of being attacked. The armed robbers don’t only attack the managers, they also attack the recorders as well. Now, the armed robbers have seen that most of the recorders use motorbikes so they have become a target of attack. We beg the security agencies to come to our aid.” Madam Fatima Ali said during the 25th Annual Delegates Conference of Kuapa Koo in Kumasi.

The Tepa District Manager, Robert Agyekum was shot and killed by unknown assailants on Thursday, October 31, 2019.

Amidst firing of gunshots, two out of the four armed men reportedly went to the office of the deceased who was issuing cheques to purchasing clerks at the depot.

Alarmed by their actions, the victim who wanted to inquire about what was happening was shot at close range by the gun-wielding men, killing him instantly.

In November 2018, the deceased suffered a similar attack at the office after he returned from the bank to his office.