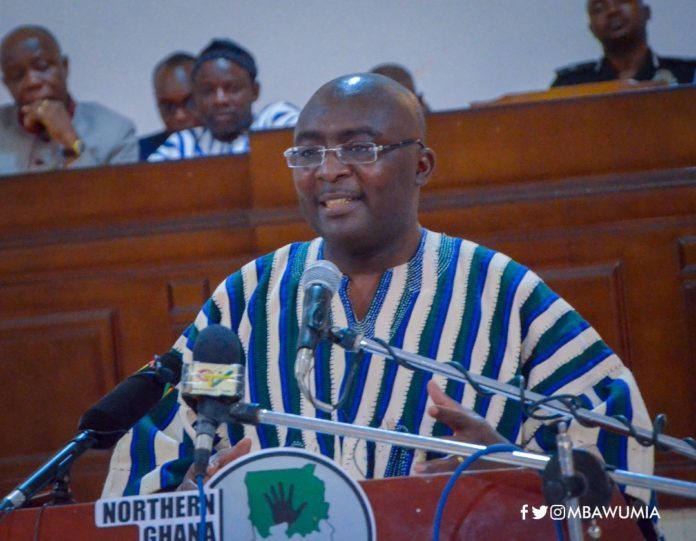 President Akufo-Addo by the end of November 2019 will cut sod for the construction of the Multipurpose Dam and irrigation project at Pwalugu.

The irrigation facilities, a permanent solution to the perennial flooding from the Bagre dam will help boost agricultural production in the enclave.

Vice President Mahammudu Bawumia who made this known during the 2019 Damba festival in Nalerigu, in the North East Region underscored government’s plan to accelerate development in the newly created regions.

He thus revealed that sod will be cut for the construction of a model senior high school at Kpasenpke this month, whiles the water systems for Nalerigu, Gambaga, walewale, wungu and gbimsi are 90 percent complete and will also be commissioned by December.

Meanwhile, he made a special appeal to the chiefs and people of the entire region and Ghana to campaign for and VOTE YES in the upcoming 17th December referendum.

Bawumia speaks to data; do same if you want to respond to him – Lecturer