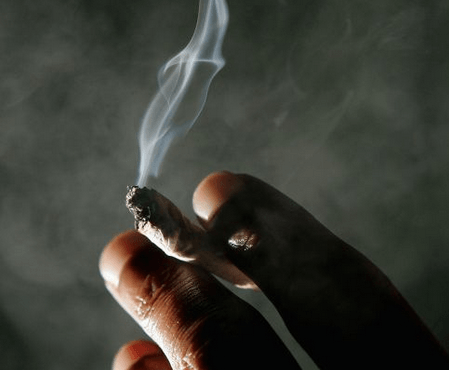 The Chief of Chinto ,a community near Nsawam in the Eastern Region, Nana Yaw Fianko III has issued stern warning to drug addicts in the traditional area to either quit or vacate the area.

Chinto, Doboro ,Nsumia and its surrounding communities have become safe haven for suspected criminals from parts of Accra due to its strategic location on the boundaries of Eastern and Greater Accra Regions. Joined by deviant youth in the area, smoking of weed and peddling of drugs have becoming common phenomenon .

The consequences have been related to increase in criminality and violence including atrocities by landguards in the area.

For instance, the former Acting Chief of the community Nana Okotoako Kofi Mankata II, 54, and his driver Nana Kwame, 38, were both gunned down in 2015 at Nsawam-Adoagyiri by unknown assailants upon returning from a funeral. Recently, a young man was found dead in the area with marks of violence on his body.

Speaking at a durbar to climax this year’s Odwira Festival on Saturday by Chiefs and residents in the Chinto Community, the Chief expressed worry about increasing drug abuse menace in the area.

“We will not forgive any parent whose son is caught smoking weed or taking tramadol. We will let the laws work so Chinto community develop in peaceful environment.If you can’t quit smoking relocate from this community “.

On provision of basic social amenities, the chief bemoaned the huge infrastructural gap in the community with specific pointers on lack of health facility, Safe drinking water ,and good road and access to toilet facilities.

Emphasizing on roads, the Chief of Chinto , Nana Yaw Fianko III said the road networks from Nsumia and Papaase to the community and in a very deplorable state making it excruciating for commuters particularly pregnant women to travel on the road.

He said drivers are therefore reluctant to ply the road leaving residents with no choice than to use Okada.

“We thank President Akufo Addo government for listening to our request last year by adding our school here to the school feeding program.But we also appealing for the construction of our roads which are in deplorable state”

The Municipal Chief Executive for Nsawam, Isaac Kwadwo Buabeng, assured the assembly has awarded on contract the construction of a borehole facility in the community to ameliorate the water challenges which has forced residents to use untreated water fetched from Densu River.

Asiakwa: Classrooms deliberately left opened for use by ‘WEE’ smokers