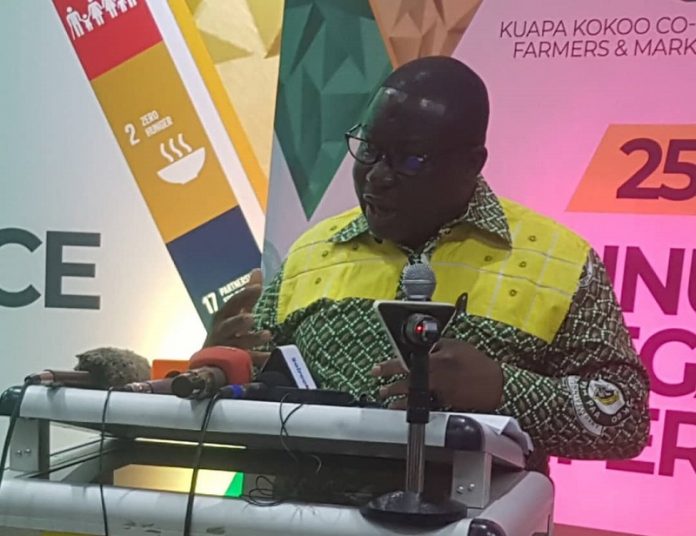 The Managing Director of Kuapa Kooko Limited, Samuel Adimado has called for the immediate reopening of cocoa depots which were closed in the wake of the recent gruesome murder of the Tepa District Manager.

According to him, information reaching his desk indicate that several cocoa depots have been shut down by those in charge out of fear of being attacked by armed robbers just as happened to their late colleague.

The Kuapa Kookoo Farmers Union (KKFU), has called on the Police Service to provide security protection for workers in the Cocoa industry such as farmers, managers and recorders to enable them to discharge their duties safely.

The Tepa District Manager, Robert Agyekum was shot and killed by unknown assailants on Thursday, October 31, 2019.

Amidst firing of gunshots, two out of the four armed men reportedly went to the office of the deceased who was issuing cheques to purchasing clerks at the depot. Alarmed by their actions, the victim who wanted to inquire about what was happening was shot at close range by the gun-wielding men, killing him instantly.

Speaking at the 25th Annual Delegates Conference of Kuapa Kooko Co-operative Cocoa Farmers and Marketing Union Ltd. in Kumasi, Mr Adimado in once again condemning the unfortunate incident, however, asked that the closed down depots be reopened to enable business to go on as business has slowed down due to that action.

He disclosed that his outfit is in consultation with the security agencies to provide protection for workers in the cocoa industry especially recorders, district managers and purchasing clerks.

“If you leave here, go and tell your other colleagues who are our members to remain strong in spite of what has happened and work hard as expected. The death of our brother has really had a negative impact on our work as business has slowed down. I hear reports of people saying I went to this depot and it was closed, I went to another place and it was closed as well. So I’m appealing that all closed down depots must be reopened. We’ve put in place several security measures in consultation with the security agencies to ensure your safety.”

Mr. Samuel Adimado also urged cocoa farmers, recorders and district managers to accept the electronic payment of cash as it is safer and secured and it’s also in their best interest.

“We introduced the electronic payment of cash two years ago which will ensure that farmers and the rest don’t carry huge sums of monies on them lest they are attacked by armed robbers. But sadly several farmers and clerks are not comfortable with the electronic payment and the issuing of cheques but rather demand physical cash. But what we are doing as Board and Management are in the interest of you farmers and cocoa workers and it’s important that you accept this.”