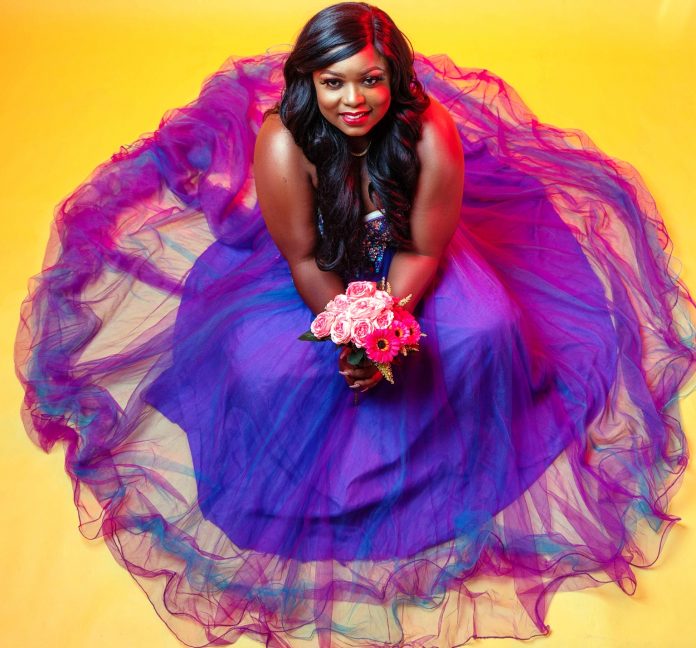 Salti also known as Paulette Broohm is one of the countries attractive female recording artiste. A strong vocalist and amazing live band performer discovered on the Tv3 mentor show.

Born in the 80s, Paulette’s showbiz name Salti is one of the most sensational talents to emerge in Ghana for a while now.

She is a prolific vocalist, songwriter and an absolutely dashing entertainer. Based on her outstanding achievements since she joined the music industry a couple of years back, Paulette was featured on the Ben Brako/Scratch Studios World Bank sponsored project Dream Child single.

She released a single titled “simply me” off the album beautiful in 2010. On which Salti featured the Legendary Hugh Masekela who she later shared a stage with at the statehouse. She also featured Pat Thomas and many others.

Salti has gone on to perform in stadium, social gatherings and big events in the local and international stages, in Europe and Africa and has released several singles over the years.

On Wednesday 13th November Salti will release her 6th single “you dey bee” produced by Obed beatz which is part of her upcoming album launch next year. This will be her 2nd studio Album since 2011.

Salti currently one of the most talented songstress to emerge in Africa is poised to make a gigantic leap in the world of showbiz.

She describes her musical influences as jazz, blues, hip hop, and African music with specific reference to, Lauren Hill, Whitney Houston, Pat Thomas, Richard Bona and  Hugh Masekela, who featured on her album, and once remarked.