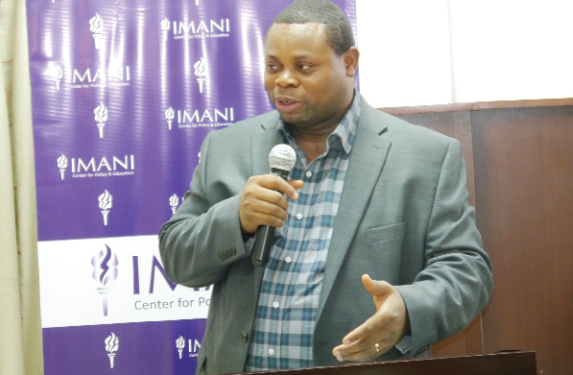 IMANI-Africa, a leading think tank has assessed the recent power privatisation scandal and looks forward to possible ways to resolve the crisis in the power sector.

The government of Ghana has terminated the Power Distribution Services (PDS) contract after it discovered the payment guarantees were invalid. PDS was created to partly privatise and to restructure the Electricity Company of Ghana (ECG).

1. We disagree with the US government’s position that contract sanctity should be the primary concern in the ongoing PDS debacle or that it should trump other critical matters of governance and administrative propriety.

Imani pointed out that the government’s process which led to the formation of PDS after Meralco won the tender was at fault. That process, it said, was “opaque, poorly thought through and badly regulated/governed”.

It went on say that if the government wanted 51% local participation in the special purpose vehicle (SPV) set up to manage the concession, it “should have ensured a quality, transparent and well thought through process subsequent to the international competitive tender”.

2. The $190m Millenium Challenge Compact (MCC) money supposedly lost as a result of the PDS termination was not free money for Ghana to spend as it pleases. It was meant for investment into the electricity grid under a particular programme.

Imani said the government needed “to find other partners willing to invest substantial resources in the grid”. The problem, it said, was the current PDS group had no capacity to invest the $650m needed to ensure improvements to the quality of service and minimise the losses in the electricity distribution system.

What was the point, it asked, of $190m when the bulk of investment resources required remain inaccessible?

Meanwhile, the privacy of contract principles constrains the government from getting involved in PDS reorganisation matters.

The reports that Aenergy SA is proposing a restructuring of the SPV to bring on board better-resourced promoters, or that Ghanaian institutional investors are interested in participation, cannot be the basis of public policy, said Imani.

The government was limited in its options to exercise oversight in the restructuring process, as it was not party to the shareholding instruments that set up the vehicle.

3. What is required at this stage is a strategic partner with the muscle to invest roughly $650m to truly modernise the grid. Staying with PDS in the hope of securing $190m from the US-controlled MCC would not help achieve that goal.

4. This, however, does not endorse the government’s actions as a whole. Imani faulted the government’s role in anointing PDS following a shambolic local content “farm-in” process that it supported throughout when it shouldn’t have.

5. We don’t accept the view that PDS principals should be prosecuted. It is obvious that the problem was a lack of capacity and resources, which led them to rely on insurance brokers and other advisers of rather questionable quality. The government should have ensured that this did not happen in the first place.

6. Devolving the responsibility to the International Finance Corporation (IFC) is no defence. The IFC’s terms of reference did not include an assessment of the quality and propriety of the local content policy the government instituted in seeking to broaden local participation from 20% to 51%. They — the IFC — were limited to technical analysis of the structure of the deal.

Imani believes the advice proffered by the IFC was inadequate and the ultimate responsibility for designing the local content farm-in strategy and policy lay with the government. “The government was not constrained in scrutinising the proposed equity participants prior to closing or the fund-raising strategies of the proposed SPV,” it said in its report.

7. It is important to also point out that the Public Utilities Regulatory Commission remains a politicised institution packed with government-friendly appointees instead of a highly professionalised, technocratic, institution. Such a body should be focused on technical standards regulation, consumer rights, dispute resolution and adjudication within the energy value chain, anti-competitive behaviour and corporate governance. Further, tariff setting should be based on a transparent technical formula. Without this in place, Imani said the government would not find a strategic partner willing to put in the considerable investment required to modernise the grid.

8. If we also want high local content, then we need to institute a competitive and transparent process for all local investors to participate in a process of price discovery.

9. The government’s preference for backroom dealing, exemplified by its proposal to use restricted tendering to select new partners, after all that has happened, is completely useless, and would further damage utility reform projects in the country.

The MCC was an agreement between the government of Ghana (GOG) and US government aimed at supporting sustained economic growth and human development in Ghana.

Three priority areas relevant for economic growth were outlined for the second compact. These were improved credit access, the resolution of insufficient and unreliable power supply, and the improvement in land use rights and access.

The GOG and MCC signed the Ghana Power Compact. The compact was designed to turn around the ECG.

The private sector participation required that GOG select a private partner through an open competitive process to take over ECG and maintain local participation of 51% (initially 20%). The Millennium Development Authority put up a public tendering for which 6 companies expressed interest in the bid. The companies were BXC Company Ghana, TATA Power Company Limited, Malina Company (Meralco), CH GROUP with EDF and Veolia, Engie Services and Enel SPA.

The Meralco-led consortium made up of Manila Company (30%), Aenergy SA, Angola (19%), and three Ghanaian firms made of up Santa Power Limited, GTS Power Limited and TG Energy Solutions, holding 51%, was awarded the concession for 20 years. The privatisation of ECG would receive almost $351m of the MCC grant. Thus, this concession is likely to benefit the state to a tune of almost $900m.

What led to the suspension of the concession?

A condition of the concession agreement required PDS to provide a demand guarantee or payment guarantee for the lease. The lease payment guarantees presented by PDS to ECG were, however, found to be invalid after a second verification.

The Qatar insurance company Al-Koot explained that the officer who authorised the certificate of guarantee had no authority. Furthermore, the sum of $12.5m, which PDS paid to CAL Bank and Donewell Insurance Company, were not received by Al-Koot, thus, the letter of guarantee was declared invalid. – The Africa Report