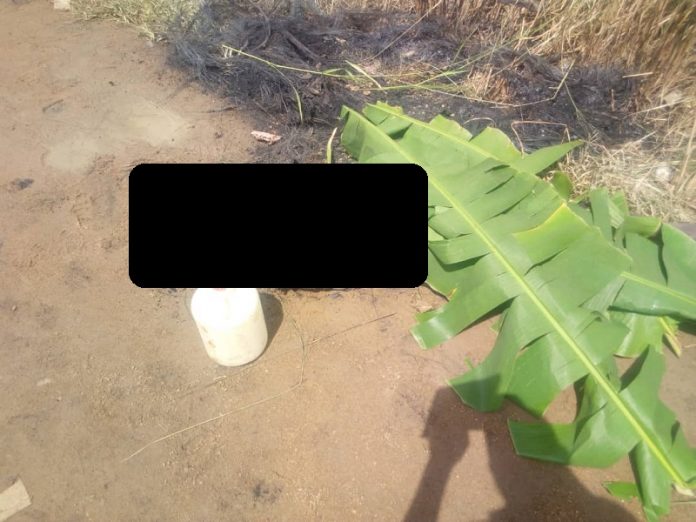 A suspected robber has been burnt to death at Liberia Camp a suburb of Kasoa in the Gomoa East District of the Central Region Friday dawn.

The identity of the deceased who’s believed to be in his thirties is not known.

Some residents told Kasapa FM News Yaw Boagyan, they had information deep into the night that some robbers had stormed the area so they should be on guard.

According to them, they woke up in the morning only to see someone burnt to ashes.

“I woke up around 2:00 and saw that something was burning but I thought it may be care tyre only to wake up this morning to see that it was a human being who had been burnt with the charred body left at the scene of the incident,” a resident said.

He said he was not surprised that the suspect was burnt to death as residents who have fallen victim to robbery have publicly stated that no arrested robber will be spared his or her life.

The Kasoa Police who were informed about the incident went to conveyed the charred body to the morgue.

Police say investigations into the incident has started though they’ve refused to comment on the matter.