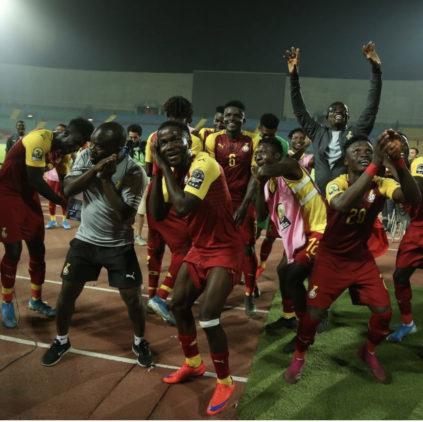 Substitute Kwabena Owusu scored twice to take the Black Meteors into the semi finals of the U-23 AFCON in Egypt.

The National U23 team needed a win over Mali as well as a win for Egypt in their match against Cameroon to squeeze through to the semi- finals.

Kwabena Owusu who came on for Robin Polley at half time broke the deadlock in the 73rd minute and added a second goal four minutes to full time.

The Egyptians also beat Cameroon to qualify on top of the group and help the Black Meteors to make it into the semis.

The Black Meteors will play the first placed in Group B for a place in the final match.

The winner of the competition and the two runner ups will earn tickets to represent Africa in the 2020 Olympic Games in Tokyo.