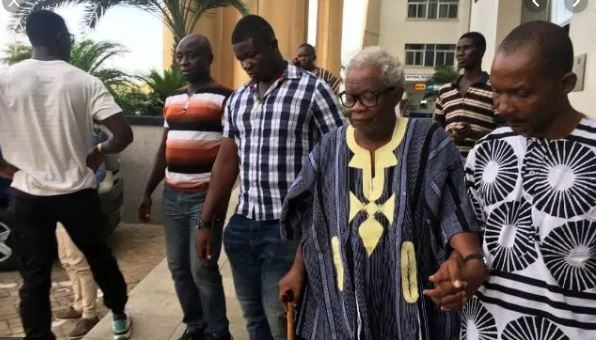 Government has said the secessionist group, Homeland Study Group Foundation, who declared parts of the Volta, Northern, North Eastern and Upper East Regions [Western Togoland] independent of Ghana will face the full rigors of the law.

A statement signed by the Minister of Information, Kojo Oppong Nkrumah said the security agencies are on a manhunt for the leaders of the group to prosecute them over their ‘illegal’ actions.

“The Government of Ghana takes note of the activities of a group known as the Homeland Study Foundation, purporting to declare secession from Ghana.

“Ghana remains a sovereign state which has not ceded any part of its territory to any person or group of persons. While admonishing the public to disregard the claims by the group, the general public is hereby informed that state security agencies are taking the necessary measures to ensure that persons involved with the illegal act, are dealt with in accordance with the law.

“Ghana’s security agencies remain in firm charge of Ghana’s territory and encourage all persons to continue with their daily activities normally,” the statement said Monday.

80-year-old Charles Komi Kudzordzi, who led the Homeland Study Group Foundation (HSGF), to declare ‘Western Togoland’ independent at Ho in the Volta Region on Saturday is believed to have fled to Togo to escape arrest.

He was earlier in May this year arrested together with 80 other members of the group when they were allegedly planning to declare independence for Western Togoland.

Nine of them were later charged with conspiracy to commit treason felony, abetment of unlawful training, unlawful assembly and offensive conduct conducive to the breach of peace and put before court.

The Attorney General, however, in July discontinued the case based on which the High Court trying them discharged the accused persons.