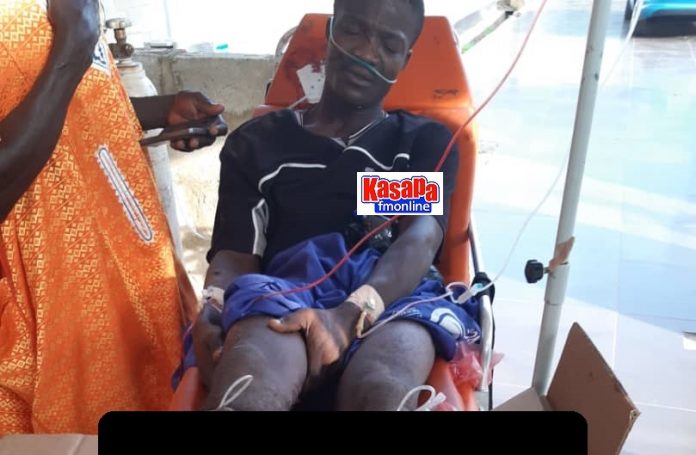 Reports reaching Empire News reveal that a 29-year-old washing bay attendant, Thomas Quansah has crashed 2 persons resulting in one of the victim’s legs being amputated instantly.

The incident is reported to have happened on Sunday at the Eclipse washing bay at Nkroful.

The washing bay attendant is said to have moved a Hyundai Tucson with registration number GX 2803 -19 and in the event ran over 2 persons who were rushed to the Effia Nkwanta Regional Hospital for emergency treatment.

The two, a male and a female were relaxing under a summer hut near by when the suspect driver is said to have moved the car thinking it was in reverse gear and accelerated.

Unknown to him he had put the gear in drive mode crashing both persons under the summer hut resulting in both legs of the man being amputated instantly.

The lady is reported to be in critical condition and both are on admission at Effia Nkwanta Regional Hospital.

In an interview with Kasapafmonline.com the Acting Head of Road Safety Authority in Western Region, Nana Ekua Ansaah confirmed the incident and added that on the same day another incident involving an unlicensed Washing Bay attendant also moving a car and hitting an 8 year old boy also took place at Fijai.

She cautioned those in charge of washing bays to ensure only licensed drivers move cars that are brought for washing.

Nana Ekua Ansaah also indicated that those involved are been arraigned before court.