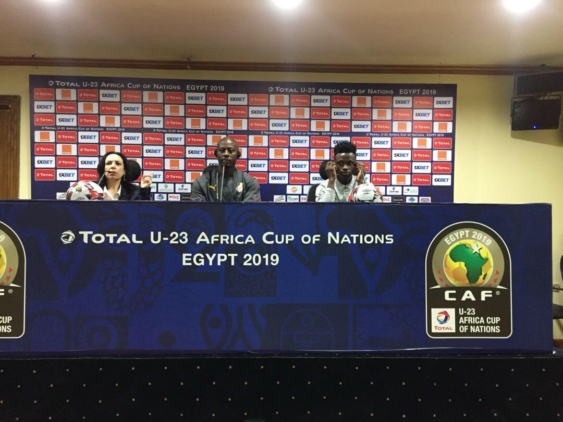 Black Meteors head coach Ibrahim Tanko remains confident that his players are well psyched for victory over Egypt in the second group match.

After drawing 1-1 in the opening match against Cameroon, Ghana needs a win to kickstart its campaign and secure qualification to the semi-finals stage.

Host nation Egypt beat  Mali 1-0 in their first match and sit on top of the group with three points while Ghana has one point.

Nonetheless, Coach Tanko says that though the Egyptians will have the fans behind them, the Black Meteors are confident and poised for victory on Monday.

“Playing against the host nation won’t be easy because they have the fans on their side but we are ready for the game against Egypt and we are going for a win.

“The players know what’s at stake. This is the second game and its against the host nation. I am sure my players are ready”, he said at the post-match press conference on Sunday.

The Ghana U23 boss, however, added that his side will have correct some mistakes they made in the first match in their efforts to earn all maximize points in Monday’s match.

“We’ve told the players to be ready for a difficult match. Egypt has a good team and we saw that in their first match”.

“Ramadan is a player I personally like and they have other good players. I’ve watched the Egyptian team twice and we will continue to work on our game plan”.

“We will not only work on winning the match but we promise to make the game attractive for the fans”, he added.

Ghana’s Mach against Egypt will kick off at 8pm at the Cairo International Stadium(6pm GMT).