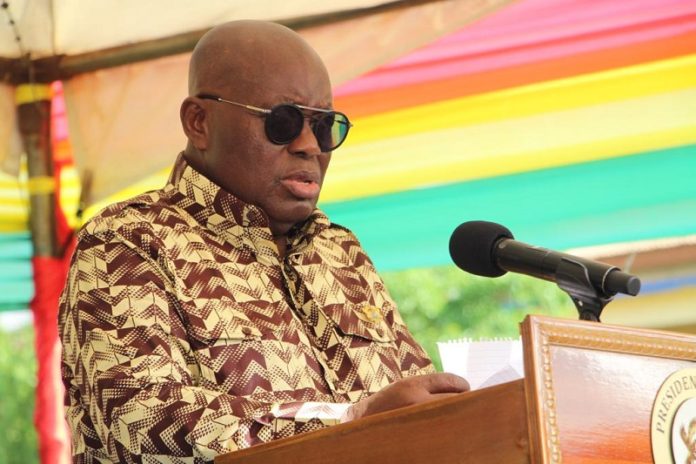 President Akufo-Addo, has charged Muslim youth in the country not to allow politicians to engage them for acts of violence before, during and after the upcoming national election in December 2020.

Addressing The Tijaniya Muslim Council of Ghana at a ceremony held at the Trade Fair Main Auditorium to inaugurate the National and Greater Accra Regional Executives of the Council, under the theme: “Religious Tolerance, The Panacea For Peaceful Coexistence”, President Akufo-Addo admonished Muslim youth not to permit unguarded politicians to use them to carry out acts of instability and violence.

“To you the young people of the “Jalo fraternity”, I advice you to take the guidance of your Sheikhs seriously”. “Muslim youth cannot continue to be the ones who are used for violent purposes. I want to make this appeal to you, in 2020, do not allow yourselves to be used by irresponsible politicians to engage in acts of destabilization and violence” President Akufo-Addo stated.

The President further noted in his speech that the world over, people seem to be associating Islam with violence, terrorism and acts of aggression. He urged the youth of the Jalo fraternity and all Muslims to change the narrative and showcase the positive and peace-loving size of Islam.

“It is for you to rescue Islam from the extremist who’s activities around the world seem to be defining Islam” President Akufo-Addo noted. “Islam in the 21st century is at the crossroad. It is a sad commentary on the religious of peace that today it is credited with being responsible for the acts of radicalism, extremism, violence and destabilization taking place around the world by likes of Alqeda, and boko haram” President Akufo-Addo indicated.

“It has often been said that it is the silence of the righteous that allows evil to triumph. Let peace-loving Muslims speak up. Let our youth shun violence, let our youth seek the path of knowledge” President Akufo-Addo added.

Many Muslim scholars in Ghana are direct or indirect disciples of Sheik Ibrahim Niasse (RTA). His Tijjaniya teachings and practices have permeated the whole of West Africa and beyond, enjoining Muslims to seek Allah through education, discipline and peaceful coexistence.