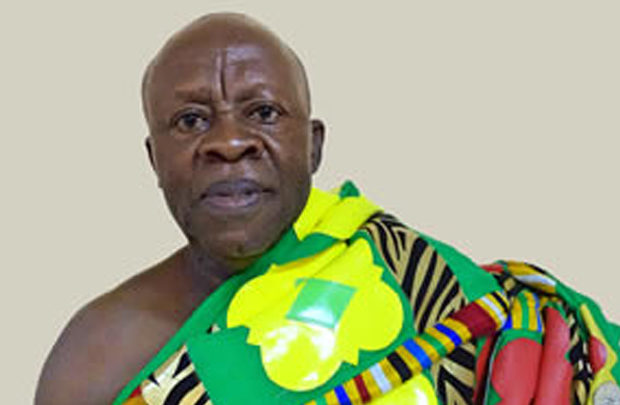 The Omanhene of the Sefwi Anhwianso Traditional Area, Ogyeahohoo Yaw Gyebi II who has been removed as the chairman of the Governance and Development Committee of the House has cautioned against the House being turned into a pressure group.

According to him, such development will adversely affect the integrity of the revered institution which is playing a key role in national development.

The President of the National House of Chiefs, Togbe Afede announced the removal of Ogyeahohoo Yaw Gyebi II because it was the second time he had gone public to criticize a unanimous decision taken by the House.

Recounting the processes that led to the issuance of a statement by the National House of Chiefs (NHC) on why partisan politics should be rejected at local level elections and the subsequent public pronouncements by Ogyeahohoo Yaw Gyebi II in disagreement with the position of the House, the President of the NHC, the Agbogbomefia Togbe Afede XIV said the reactions by Ogyeahohor Yaw Gyebi, who is also the President of the Western Regional House of Chiefs was unfortunate, misleading and mostly untrue.

Togbe Afede who was speaking at the final meeting of the House for the year in Kumasi on Thursday [December 12, 2019], said following thorough discussions on the matter by members, it was referred to the Governance and Development Committee of which Ogyeahoho Gyebi was the chairman.

Indeed, according to Togbe Afede, the matter was referred to the committee on two occasions, therefore, it will be wrong for Ogyeahohor Gyebi to say he knew nothing about it and members were not consulted.

The House subsequently, removed Ogyeahohoo Gyebi as the Chair of the Governance and Development Committee with immediate effect, because according to Togbe Afede, it was the second time he had gone public to criticise a unanimous decision taken by the House.

But speaking to Kasapa News Bonohene Baffour Awuah, Ogyeahohor Gyebi stated that he was yet to be communicated to over his removal as he’s only hearing the news in the media.

He warned that it should never be seen that the National House of Chiefs is being turned into a pressure group.

“I appeal to my fellow chiefs at the National House of Chiefs not to turn this institution into a pressure group. This is a noble institution that some of us have been pushing to be made a Second Chamber. It should never be seen as though we’re being used by a political party.”

Ogyeahohor Gyebi added that he wouldn’t have left matter lying down if he had attended the meeting.

“I respect the President of the National House of Chiefs just as other chiefs respect me. I’ve no issues with him but if I were to be at that meeting where these claims were made I would have made my voice heard. They shouldn’t think that because I’m cute in size I’m not an easy nut to crack. I’m a very strong person and will not allow my integrity to be impugned in any way. I always try to uphold the truth and that is exactly what I did when I spoke on that matter.”

Ogyeahohoo said he’ll wait to get a full briefing on that decision before he can take action.

CSOs must speak out in defence of Auditor-General – Apaak