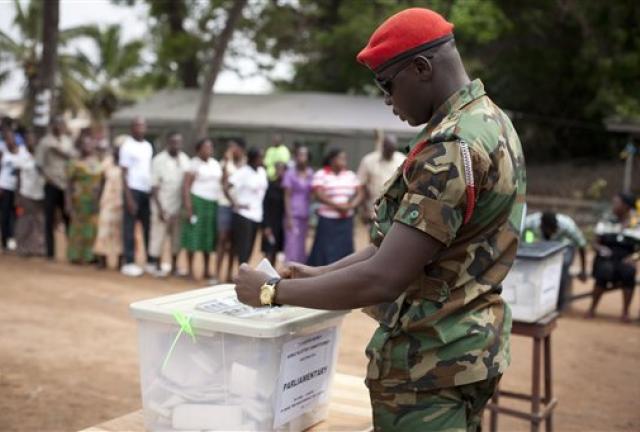 A total of 57,030 candidates have filed nominations to contest December 17, 2019, District Level Elections, data from the Electoral Commission (EC) of Ghana has revealed.

The region recorded 2,815 nominations out of which 180 are female while the remaining 2,615 are male.

It is closely followed in second place by the Eastern Region, having recorded 2,661 nominations of which 175 are females and 2,486 are males.

Followed in third place is the Central Region which recorded 1,808 nominations. 93 are females and 1,715 are males.

At fourth place is the Greater Accra Region, having recorded 1,573 nominations with 122 being females and 1,451 being males.

Western North and Oti Regions placed 12th and 13th positions with only ten nominations separating them.

However, there appears to be more interest shown at the Unit Committee Level elections with nominations recording marginal increase compared to the District Assembly polls.

The Eastern Region recorded 5,185, being the highest number of nominations. 541 are females and 4,644 are males.

It was followed closely by the Ashanti Region having recorded 4,627 nominations (424 females/4,203 males).

The North East Region recorded 750, being the least in terms of nominations (12 females/738) as far as the Unit Committee Elections are concerned.