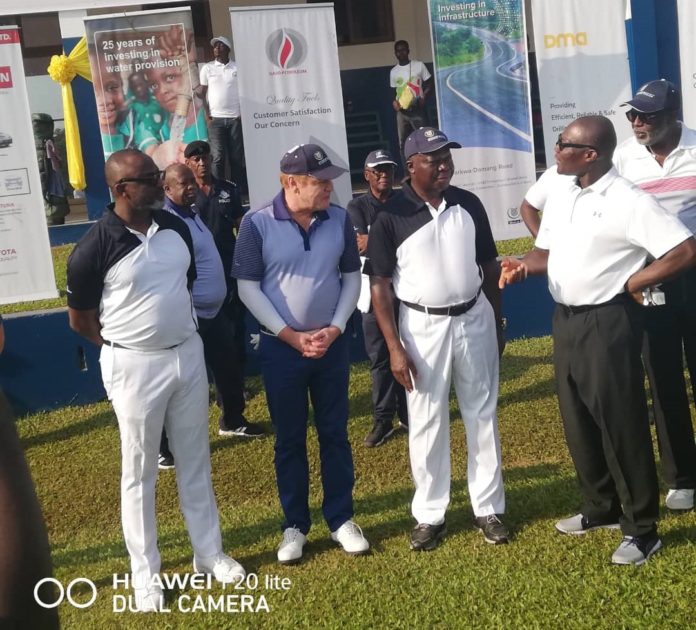 His Royal Majesty, himself an astute amateur golfer will compete in the amateur category of the four-day championship which ends on Saturday.

Meanwhile, two-time winner of the Gold Fields Professional Golfers Association Championship, Vincent Torgah has been thrown out of this year’s event after he was accused of breaching the rules of the game.

His disqualification has given an opportunity for Nigeria’s Christopher Francis who slipped one step back in day 2 to occupy his original number one spot on the scoreboard.