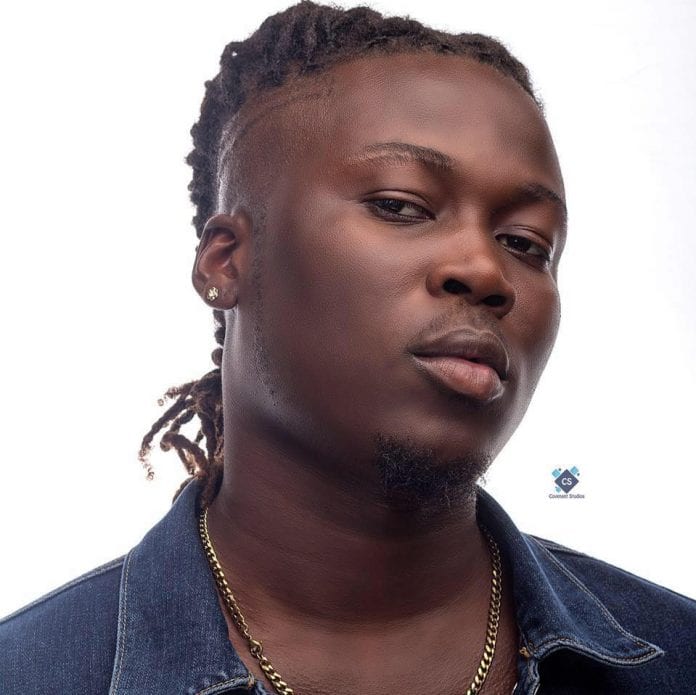 Hiplife artiste, Eugene Ashie aka Wisa Greid has admitted that showing his penis on stage at Citi FM’s Decemba 2 Rememba concert has affected him.

The ‘Ekikimi’ hit singer who was arrested after the video of him rubbing his manhood against his female dancer on stage went viral on Social media platforms disclosed how the incident affected his career and personality.

In an interview with Sammy Flex on Zylofon Fm, Wisa Greid claimed he was paid seven hundred Ghana cedis only [GHc 700.00] for his performance at Citi Fm’s Decemba 2 Rememba concert in 2015.

Explaining how the negotiation was done, he said organizers of the Decemba 2 Rememba Concert considered him as an up and coming artiste hence Ghc 700.00 was enough for him.

“It is not a problem if they [Citi FM] won’t invite me to perform at their event again. At that time performed at their show, I was paid less than One thousand Ghana cedis [GHc1,000]. They didn’t want to pay me because I was an underground artiste. They paid me Ghc 700 after performing at the Decemba 2 Rememba concert

“As a new artiste, I also thought of giving them something to remember which later landed me in trouble.“ he said

Although Wisa is known for songs like ‘Ekiki Me, ‘Cocoa,’ ‘Minste Bo,’ ‘Banana,’ and ‘One Side’, his career took a nosedive due to that incident.

“Eventhough I’ve apologised to them [Citi Fm], I’ve not gone to see their management to talk and render my sincere apology to them in person,” he added

Wisa Greid was fined GHc 8,400 by the Accra Circuit for indecent exposure during Citi Fm’s event.

The court presided over by Mrs. Abena Oppong Adjin-Doku found the artiste guilty of the charge of gross indecent exposure.

Justice Adjin Doku also added that despite the evidence available, the accused failed to show remorse.

CID investigations showed that the accused, while dancing with a female dancer identified as Monica Kumadeh, suddenly removed his penis out of his pair of jeans and began to caress the buttocks of the dancer.

Wisa was grateful after he received the GHC10,000 bail amount – Halifax

WATCH: I don’t fear anything, not even jail – Wisa Greid