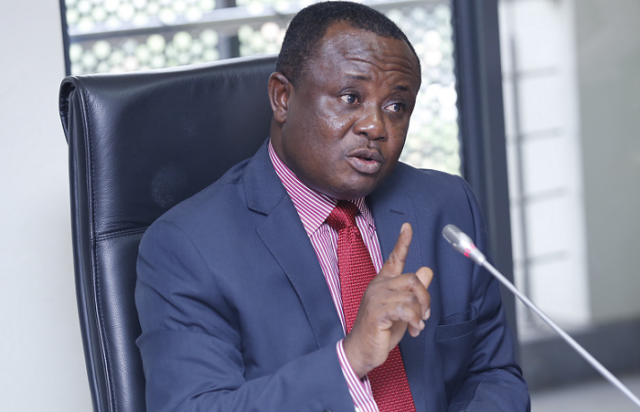 The Chairman of the Appointment Committee of Parliament, Joe Osei Owusu has rejected calls for him to recuse himself from the vetting of the Chief Justice nominee, Justice Anin Yeboah.

The nominee is set to appear before the Appointments Committee on Saturday but the Minority has announced its decision to boycott the vetting process, saying Hon. Osei Owusu has demonstrated bad faith by rushing to fix a date for the vetting when a consensus has not been reached.

But Hon. Osei Owusu who’s also the First Deputy Speaker of Parliament in an interview with Joy News monitored by Kasapafmonline.com stated that there’s no justifiable basis for him to step aside.

“I only moderate, Haruna can ask 20 questions, Muntaka can ask 20 or 30 questions. I just come in when there’s something not clear and ask the nominee to clarify…That is not a difficult thing to do at all but I think there must be justifiable concerns.

“Yes, I and Justice Anin Yeboah used to practice in the same chamber but I left the chamber in 1994, 15 years ago that’s when I left Koforidua and started practice in Kumasi.  We have remained friends, is that sufficient to say that anybody who’s a friend to the nominee cannot preside over his vetting? There are judicial decisions in that respect and I encourage you to research that.”