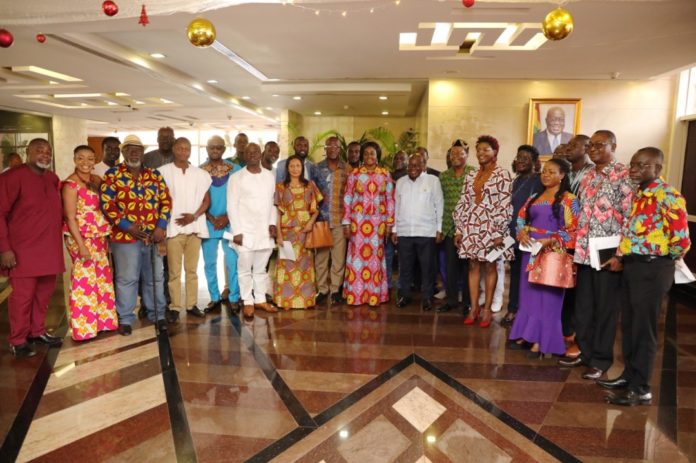 President of the Republic Nana Addo Dankwa Akufo-Addo has charged the Governing Board of the National Film Authority (NFA) to work hard to make Ghana’s Film Industry globally attractive.

Addressing the Board of the National Film Authority (NFA) at the Jubilee House after administering the Oaths of Office and Secrecy to swear them into office, President Akufo-Addo said with the talented and skilled personnel the industry in Ghana is gifted with, such as producers, promoters, directors, technicians, and with the requisite support of government and the private sector, the Authority should be able to put the Industry on the Continental and Global maps.

“We are told that the Nigerian industry, Nollywood, earns annually, one billion United States dollars ($1,000,000,000.00) for Nigeria. Ghallywood, the Ghanaian industry should be able to do likewise for Ghana” President Akufo-Addo stated.

“I urge industry stakeholders and all of us to rally behind, work with and support the Governing Board of the Authority” President Akufo-Addo added.

President Akufo-Addo in his address indicated that the Creative Arts Bill is currently before Cabinet for consideration and once passed by Parliament, the Act will establish the Creative Arts Fund, and an agency to promote the industry in order to assist government to create an enabling environment through which direct and indirect support for industry practitioners can be channelled. He reiterated government’s commitment to the creative arts industry.

“Our commitment to the development of Ghana’s creative art industry is absolute,” President Akufo-Addo said. 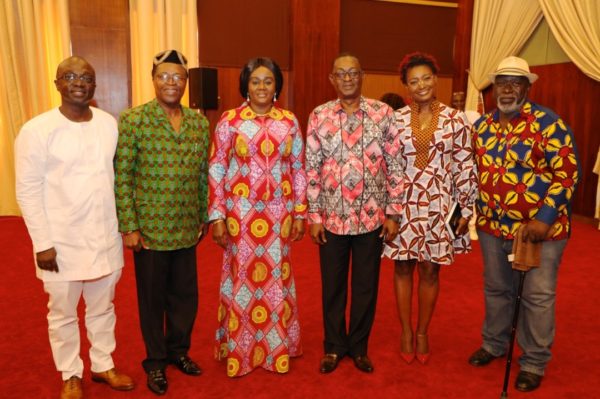 Chairman of the NFA Governing Board

Chairman of the NFA Governing Board, David Dontoh, in Response to the charge of the President indicated that the inauguration of the Governing Board is a strong indication that government wants to develop the film industry in Ghana. He proposed that some avenues of financial assistance be established to assist the industry players since film making is a capital intensive venture. Furthermore, Mr. Dontoh suggested that government should consider establishing one “Multipurpose Theater” in every district in Ghana so the industry can screen their films there in order to reach all communities in Ghana. 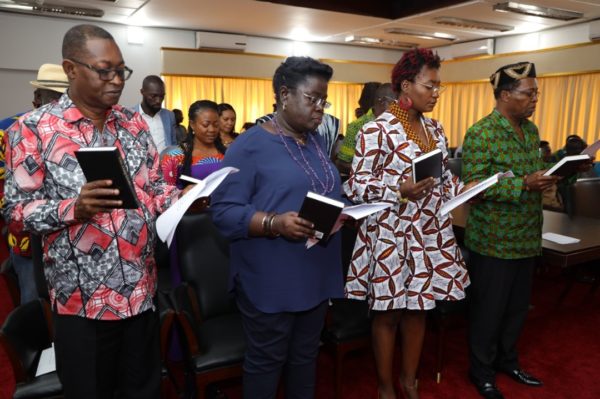 The Board is chaired by Mr. David Dontoh, a nominee of the President. The members are Madam Julet Yaa Asantewa Asante, Executive Secretary of the National Film Authority, Madam Yaa Attafua, Representative of the Copyright Office nominated by the Attorney General and Minister of Justice, Madam Josephine Ohene-Osel of the Ministry of Tourism and Creative Arts, Mrs. Dora Darkwa-Mensah, Ministry of Communications. Dr. Samuel Anyetel Nai of National Film and Television Institute, Mr. Samuel Fiscian, Ghana Actors’. 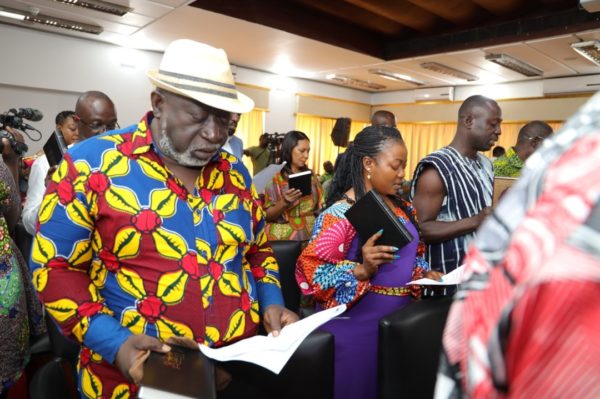 Act 935 and the Film Industry