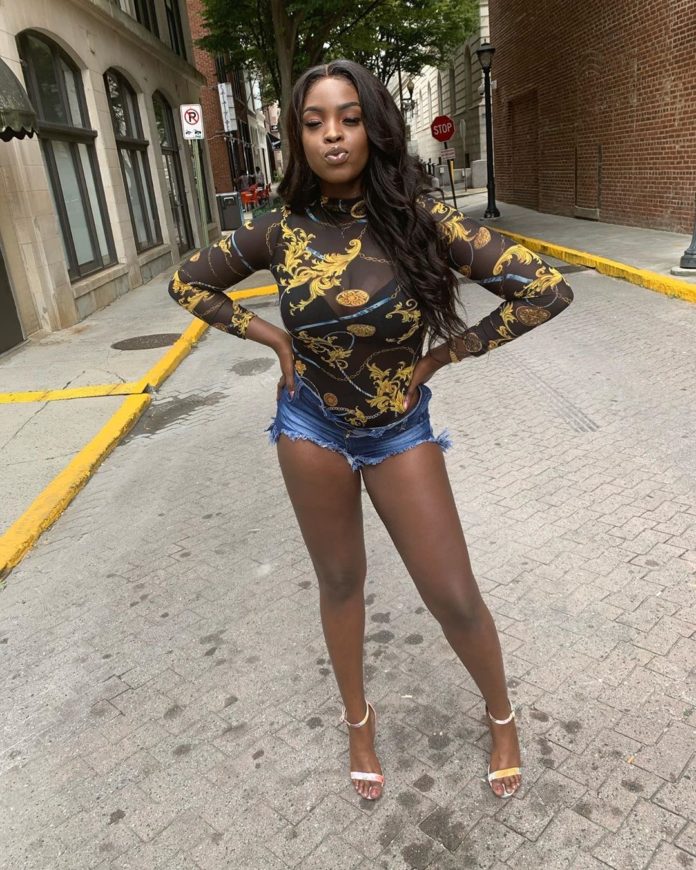 Promising artiste, Myra Kay suffered an appalling fate as she missed a step backwards during a stage performance.

The female songstress who recently released Piesie was billed to perform at Wendy Shay’s Concert at the West Hills Mall.

During her performance, she fell on stage.

Watch the video down here below.

Step by step something good will come out of her performances one day but this one was very funny and got people laughing and cheering on as well. Waiting for her next performance, just maybe she will still glue under her feet so she doesn’t slip.

Check her out on social media.