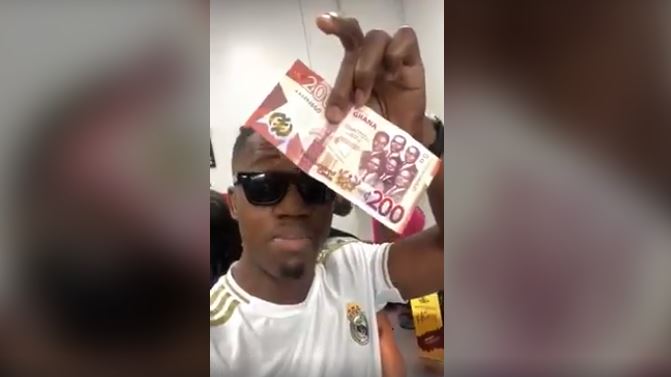 The Bank of Ghana has cautioned retailers against rejecting the newly introduced 200 Cedi note.

The warning comes after a widely circulated video on social media showing a customer accusing staff of the GAME Retail centre at the Achimota Mall of refusing to accept a GHC200 note he used to purchase beverages.

However, the Head of Issue at the Bank of Ghana, John Gyamfi who investigated the matter said the GAME Retail centre was wrong in not accepting the note.

“When I interviewed the manager her version was that there’s this agent that takes their cash and deposits with their bankers and that agent gave that false impression. And so they stopped receiving that higher denomination but I went there and I called the manager of the Bank that serves him at Achimota they all came round and gave evidence of a disclaimer that they have turned round to say that it is not true. I took advantage and admonished them to take the new note for payment and for deposits.”

Covid-19: Mobile money transaction free from GHc100 and below