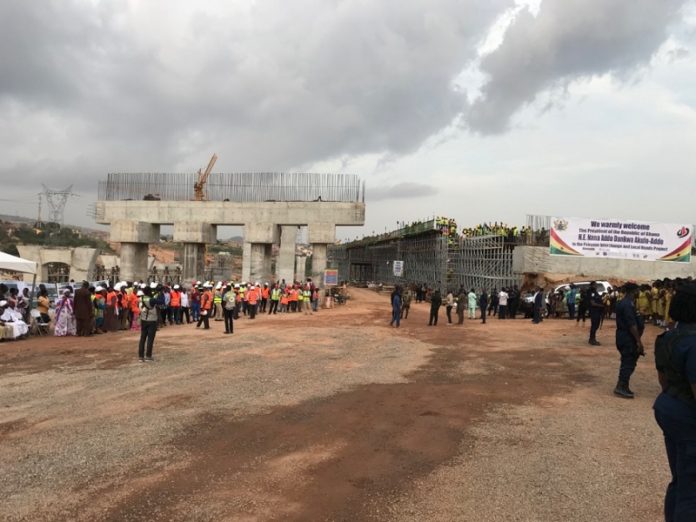 Associated Consultants Limited, project supervisors of the construction of the 4 tier Pokuase Interchange are appealing to Project Affected Persons (PAP), that is, those whose buildings are to be pulled down and compensated by the State, to vacate same as soon as they receive their payments in order not to delay the project which is scheduled for completion in October 2020.

Ing. Kwabena Bempong, Vice President in charge of Business Development of Associated Consultants and also the resident engineer for the project in an interview after a visit by President Akufo-Addo to the project site as part of his three day tour of the Greater Accra Region indicated that the refusal of the (PAPs) to Vacate their buildings to pave way for demolition can seriously affect the timelines set for the completion of the project.

“This is a very huge project and you don’t have all the funds coming at once. Luckily for us the money have been released to the Department of Urban Roads and they are going to be paid. I am sure by the end of this year, a lot of them are going to be paid and when they are paid, we are pleading with them that they should Vacate their premises to allow us to continue the project and to complete it within our scheduled time” Ing. Kwabena Bempong said.

The Project engineer urged all road users to observe the fact that the road is under construction and that they ought to obey all road regulations, traffic control signs and the traffic wardings working at the construction zone particularly during the coming yuletide.

“If everybody decided to take the law into their own hands, then there is going to be chaos and at the end of the day, the chaos is going to be blamed on the traffic” Ing. Bempong noted. 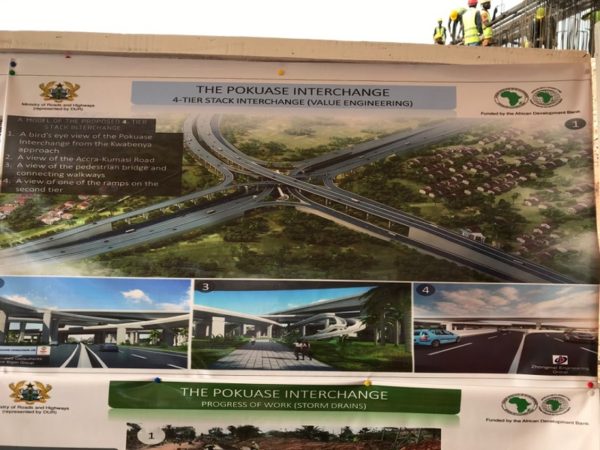 The 60 Million Dollars 4 tier Pokuase Interchange is part of the Ministry of Roads and Highways “Accra Urban Transport Projects” (AUTP). It is funded by the African Development Bank. The Project is being supervised by the Associated Consultants Limited and Bigen Group. Zhongmei Engineering Group is carrying out the actual construction of the project which commenced on the 4th of April 2018. It is expected to be completed in October 2020. Currently, the project is 50% complete.

The project will see the construction of 4-Tier Stack Interchange at Pokuase as well as the Construction of Storm Drains. There will also be the construction of 10km of Local Roads, construction of 6.6km of Awoshie-Pokuase-Kwabenya Road, the widening of 2.0km of Accra-Kumasi Road, Provision of pedestrian facilities including walkways, footbridges, signalized crossings, Streetlights and free health screening exercises for communities within the project catchment.