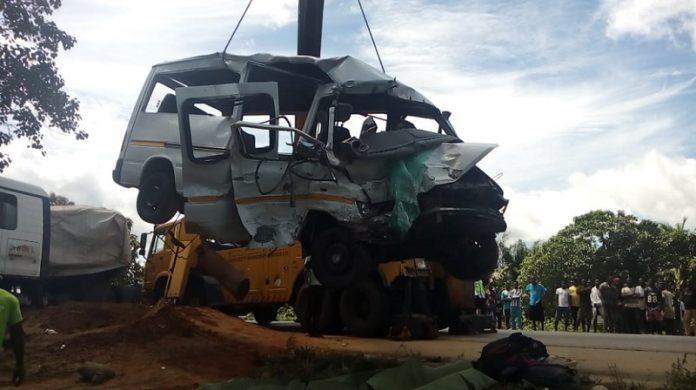 The Western Regional Commander for Motor, Traffic and Transport (MTTD) of the Ghana Police Service Chief Superintendent, Richard Appiah has revealed five people died through accidents in the yuletide.

The police commander told  Empire News’ Emmanuel Ohene-Gyan out of the number, four were males while one was female.

“The first fatal accident happened at Shama when Wilberforce Appiah Barimah Incharge of a Toyota Hiace with registration number GW 9554-18 veered off from his lane and run into an Opel Astra carry broad with registration WR 515-13 killing the driver Simon Adomako on the spot, There were fourteen people on board the Toyota Hiace and unfortunately two passengers died while the other twelve sustained various degrees of injuries,” he revealed.

He further added that on December 26th, 2019, one Solomon Etruu was riding an unregistered motorbike from Butumagyebu to Sekondi, upon reaching Ketan, lost control and run into a tree dying instantly.

“Just this morning, am told that another commercial driver at Kojokrom has also run into a motorbike with registration number M-12 WR 7259 killing the rider Peter Kofi Mensah, we are investigating particularly this fatal incident because the driver is giving a different account when we arrested him, I want to advise all road users to be safety conscious because their lives are important to the state”, Chief Supt Appiah emphasized.

Almost 1m voters to be disenfranchised in Western region

Ghana Card: Be flexible in the demand of documents – T’di residents to NIA